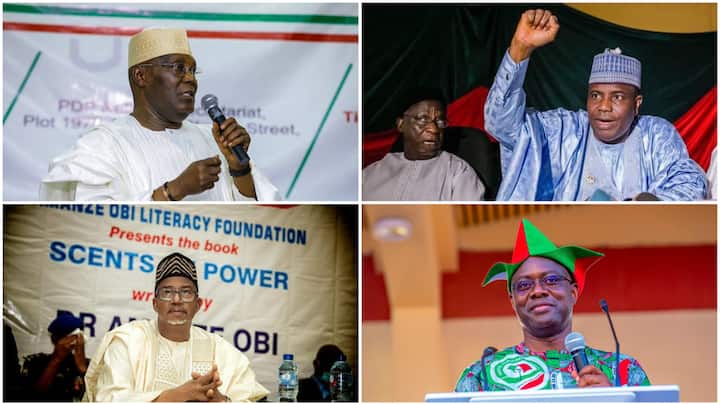 Ahead of the 2023 general elections, Governor Seyi Makinde of Oyo state has revealed three prominent members of the Peoples Democratic Party (PDP) from the north who are interested in taking over from President Muhammadu Buhari.

After the zoning of the PDP’s national chairmanship seat to the north, many analysts had expected that the opposition party will zone its presidential ticket to the north.

However, some prominent members of the party have hinted that the presidential ticket may be thrown open to all zones. On Thursday, October 21, the Oyo state governor, Makinde, said the PDP has “eminently qualified” personalities that can lead the country successfully, The Cable reported. He was said to have made this statement when he appeared as a guest on Channels TV.

Below are the three northern politicians he listed to have shown interest in becoming Nigeria’s number one citizen in 2023.

The only thing that can stop PDP in 2023 Meanwhile, Governor Makinde has said the only way of stopping the PDP in 2023 is by dividing the party. He, however, noted that the governors elected on the platform of the party understand the need for unity ahead of the next general election.

The governor urged members of the PDP to ensure that the party’s forthcoming national convention is successful.

Asked if he thinks the PDP will take over power from the APC in 2023,

Governor Makinde said: “Well, it is a question that I know Nigerians will answer and they will answer decisively.”

Exclusive: COMMUNIQUE ISSUED AT THE END OF AN EXTRAORDINARY MEETING OF PAN NIGER DELTA FORUM (PANDEF) 2021