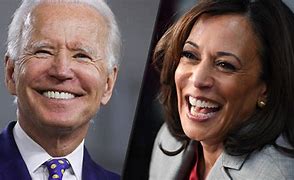 Two dozen of the Grand Old Party (GOP) lawmakers have written a letter to President Joe Biden urging him to replace Vice President Kamala Harris in her role of leading attempts to control illegal immigration at the southern border.

The letter states that the Republicans members of the House of Representatives have “serious concerns” about Harris’ appointment to resolve the situation, branded a border crisis by her political foes, amid record breaking numbers of encounters there.

Harris was personally tasked by Biden to try and control the surge of migrants crossing the border.

She has since been criticized by high profile GOP and right-leaning figures for not visiting the border since her appointment.

The letter references recent recent figures released by the Customs and Border Protection (CBP) which state they encountered 180,034 people at the U.S.-Mexico border in May 2021, compared to just 23,237 during the same month last year—a 675 percent increase.

“This figure does not even include ‘got aways’, or those who sneak in without detection, which CBP officials estimate to be around 1,000 per day, compared to an average of just under 200 ‘got aways’ per day in fiscal year 2020,” the letter said.

“Despite being in the midst of a border crisis this country has not seen in two decades, Vice President Harris has not yet shown adequate interest in observing this crisis first-hand.

“In the 85 days since the Vice President has been tasked with solving this crisis, she has yet to visit the border and meet with Border Patrol agents, Immigration and Customs Enforcement (ICE) officials, and local law enforcement officials.

“In our experience, it is important to meet with these officials to learn about their perspectives and observations about the origins and motivations of the thousands of people coming here every day. It is an insult to our hardworking Border Patrol, ICE, and local law enforcement officials that put their lives on the line every day that the Vice President has yet to speak with them.”

The letter also criticizes Harris for claiming she is trying to control illegal immigration by examining the “root causes” of migration, which she discussed during her recent visit to Guatemala.

I am proud to Co-Sign this letter demanding President Biden to replace the @VP with someone who will be competent and exhibit leadership on our border.

The safety & security of our nation is at stake. pic.twitter.com/LRMgGQ7TzC— Congressman Byron Donalds (@RepDonaldsPress) June 17, 2021

Addressing Biden, the letter adds: “At the time of her appointment, you stated. ‘I can think of nobody who is better qualified to do this’. We disagree.

“This country cannot afford another minute of inaction from Vice President Harris. While you have publicly defended the Vice President, even you must be discouraged with her inaction.

“We have all made mistakes in hiring and understand when someone else needs to be assigned to a task. We sincerely urge you to find someone else in your administration to assist you in getting a handle on this border crisis.”

Below is a full list of the Republican members of the House calling on Biden to replace Harris in her border role: