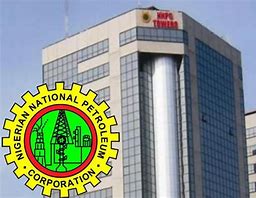 The Group Managing Director of the Nigerian National Petroleum Corporation (NNPC), Mele Kyari, predicted a rise in the price of oil and gas due to the global gas crisis.

He said this in an interview on Bloomberg Television, noting that oil prices could see a $10 increase in three or six months.

Kyari said, “It will absolutely hit crude prices as energy consumers are forced to shift from gas to other fuels. You wouldn’t be very wrong if you said you would see an additional $10 on a barrel maybe three months, maximum six months.”

He stated, “The implication of that is that we’re going to see the effect coming up in a year or two maximum. And that will also affect the gas supply all over the globe and, particularly, in Europe.

“There are a number of things going on now to improve on the gas supply. We surely have issues around gas supply to the LNG plant, in particular, and even into the domestic market and the net effect is that you will see some slippages in cargos in 2022 and even in 2021.“And the implication of that is that you have to do something pretty quickly and we have lost time, we have lost investment and for us, what must happen is a very quick return to a pre-Covid-19 level investment and that, of course, is being adjusted and I know that this is a key challenge for the industry.”

Explaining the reason for the hike, the management of Nigeria LNG Limited cited a deficit in the country’s gas supply infrastructure.

The firm called on the Federal Government to allow for an increase of gas supply by the NLNG to reduce the cost of purchase by consumers.

The Marketing Manager, NLNG, Austin Ogbogbo, said, “Nigeria needs 1.2 million metric tonnes per annum, but even the 450,000 we produce cannot be absorbed by the market’s current infrastructure.

“We only operate in the midstream sub-sector of the industry so we are only responsible for supplying to the market.

“The downstream players are responsible for the distribution to the end-users, and also building the infrastructure to ensure it is done efficiently. It is out of our scope.”