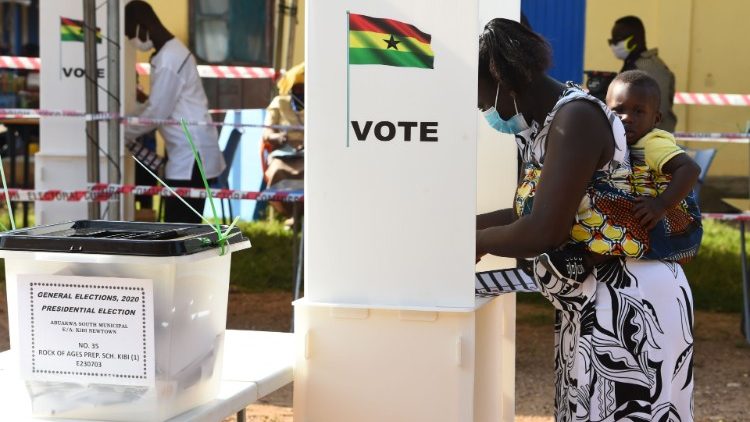 On Wednesday, the electoral commission of Ghana released a statement which said that incumbent leader Nana Akufo-Addo had won 51.59 percent of the vote following Monday’s election, ahead of Mahama with 47.36 percent.But Mahama rejected those numbers and quickly called a press conference to denounce the proceedings.”I stand before you tonight unwilling to accept the fictionalised results of a flawed election,” he told a news conference.

“The Electoral Commission of Ghana has never brought its credibility to this historic low at such a crucial moment of election results declaration. In fact the litany of irregularities and blatant rigging for a candidate is obvious an

He claimed that “numerous steps have been taken to manipulate the results of the election in favour of the incumbent.”

According to the provisional results published by the electoral commission, Akufo-Addo’s NPP won 137 seats in parliament, while Mahama’s NDC won 136.

The full results of the parliamentary elections have not yet been announced but the opposition leader said his party had in fact won 140 seats.

On Sunday, Mahama held another press conference at which he pointed to calculations which were “proof” that the electoral had manipulated the figures.

The party argues that “even if the EC computed the percentages of votes of the twelve political parties, the total percentage would be 97.67 percent and not the 100 percent as declared based on its first figure,” the NDC document said.

The NDC insisted that even with the Techiman South constituency added in, the total votes for Akufo-Addo only resulted in 49.62 percent, which is lower than the necessary 50+1 percent to win.

Mahama and Akufo-Addo are long-standing rivals and this was their third election battle.

Akufo-Addo and Mahama had signed a symbolic peace pact ahead of the vote, which the 15-nation regional bloc ECOWAS urged “all political parties and their leadership to respect.”

In a victory speech to supporters Wednesday, the 76-year-old president-elect said it was time “irrespective of political affiliations, to unite, join hands and stand shoulder to shoulder.”

“The Ghanaian people through the results have made it loud and clear that the two parties, the NPP and NDC, must work together especially in parliament, for the good of the country.”

Observers, both Ghanaian and foreign, viewed polling as generally free and fair, but police said five people were killed and 19 injured in election-related violence.

Mahama called on the international community “to remain engaged in what is happening in Ghana and to take careful note of the current threat that is being waged to our democracy.”

One of the RFI correspondents in Ghana noted that the public is tired of the quarelling and just want to get on with their daily lives.