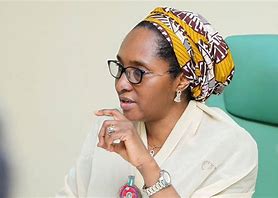 The Minister of Finance, Budget and National Planning, Mrs Zainab Ahmed, has revealed that the government plans to replace fuel subsidy with transport palliative to reduce the effect of its removal on the masses.

Ahmed said this on Thursday while speaking on the Channels Television’s Politics Today show.

“In making our plans, we assume that this deregulation would take effect from July 2022.

“It is important that we exit the subsidy. It is costing us a significant amount of resources that we could have applied for education, health and critical infrastructure. It is a major waste and drain on the economy.”

According to her, fuel subsidy only benefits people with several cars, and not the masses saying “Who is benefiting from this subsidy? It is the people with a number of cars that they run.

“It is not the person entering a bus from the village to the market. If you look at those large mass transit buses, they run on diesel and diesel is deregulated.

“If you look at trucks that carry goods from farm to market, they run on diesel. What the common man use for cooking is kerosene;that also is deregulated.

“So, why should we continue to keep the subsidy for a product that is only benefitting the people that can actually afford the market price?

“We are looking at providing some palliatives for a large number of the population, in terms of a transport subsidy for a short period like six to 12 months. Transport subsidy that would be given straight to individuals.”