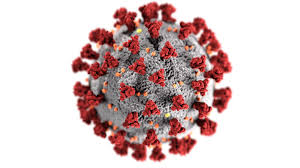 The Tunisian assailant who killed three people at a church in France has tested positive for COVID-19, which could further delay his questioning, a source close to the inquiry said Tuesday.

Brahim Issaoui, 21, remains hospitalized after being shot several times by police after the knife rampage at Nice’s Notre-Dame basilica on Thursday.

“He hasn’t yet been questioned, his prognosis remains uncertain,” another inquiry source told AFP late Monday.

Issaoui, who was known to Tunisian police for violence and drug offenses, arrived in France only last month, having first crossed the Mediterranean to the Italian island of Lampedusa.

Italian media reports say he was initially placed in quarantine with nearly 400 other migrants aboard a ferry boat, before being allowed to disembark at Bari on October 9.

Investigators have since determined he arrived in Nice on October 27, just two days before the church attack.

One woman had her throat cut and a church employee was also fatally stabbed inside the church, while another woman managed to flee but later died of her wounds.

Police say Issaoui yelled “Allahu Akbar” (God is Greatest) as they apprehended him, leading officials to say it was the latest in a string of jihadist attacks on French soil in recent years.

Six people have been detained for questioning over suspected links with Issaoui, but only one remained in custody Tuesday, a 29-year-old Tunisian who was aboard the boat that brought Issaoui to Lampedusa, sources said.

Ahmad Lawan; and Speaker of the House of Representatives, Femi Gbajabiamila Decry the rising Spate of Insecurity in The Country

Non-essential shops have reopened in England, as lockdown restrictions are eased.