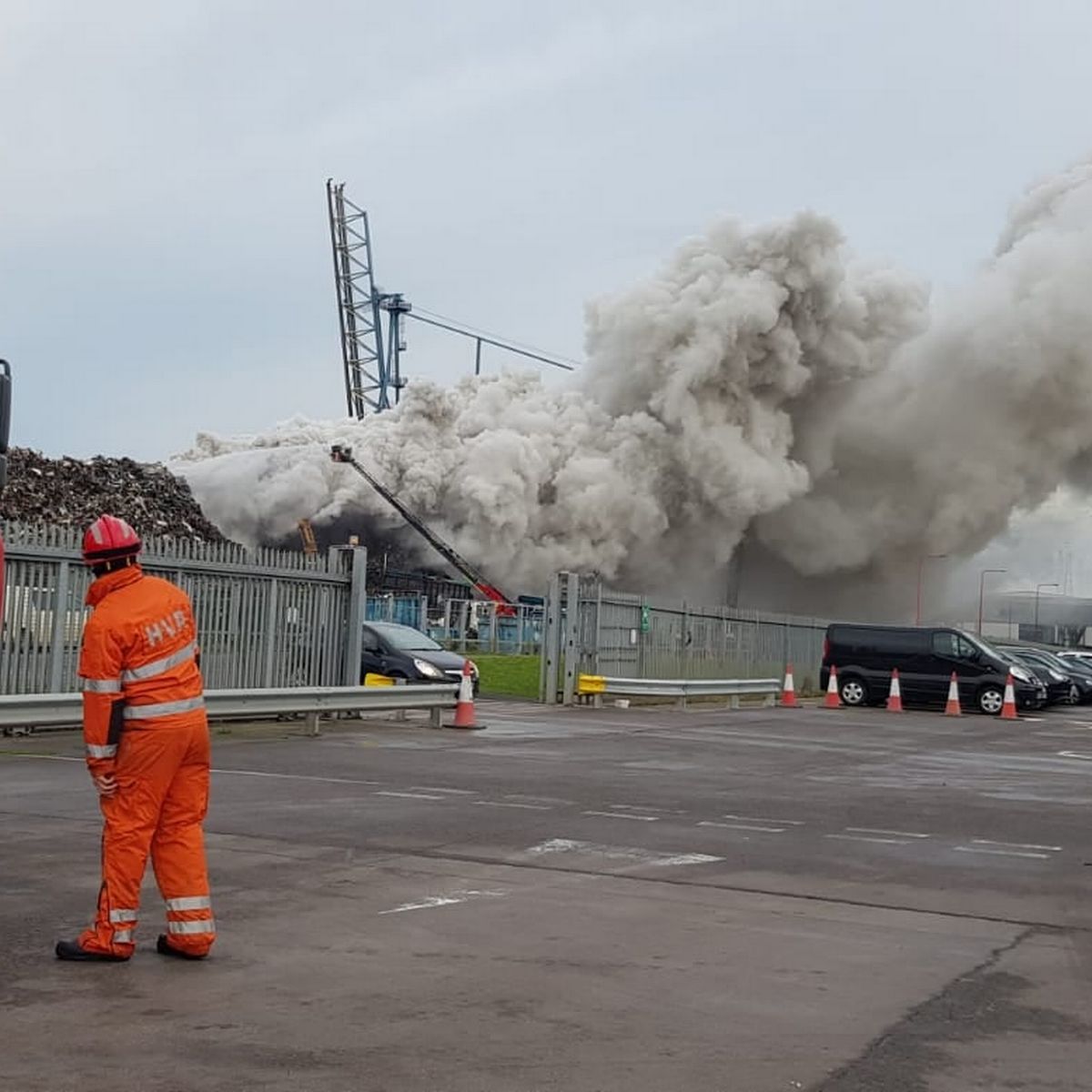 Emergency services were called to Wessex Water’s Bristol at about 11:22am on Thursday.

A rescue operation was led by the fire service involving six appliances, a turntable crew and search and rescue Crew.

Prime Minister Boris Johnson paid tribute to those who lost their lives, writing: “Deeply saddened to learn that four people have lost their lives in the water works explosion in Avonmouth. Our hearts go out to the victims and their families.

“Thank you to the emergency services who attended the scene.”

Chief Inspector Mark Runacres from Avon and Somerset Police said inquiries were under way into what caused the explosion, which is believed to have involved a chemical tank which contained biosolids.

He told a press conference at the scene that three employees of Wessex Water and one contractor died in the incident.

Mr Runacres said: “Emergency services were called at approximately 11.20am to reports of a large explosion involving one of the chemical tanks at the site off Kings Weston Lane.

“The fire service led the rescue operation but sadly, despite the best efforts of all those involved, we can confirm there have been four fatalities. This includes three employees of Wessex Water and one contractor.

“This is a tragic incident and our thoughts and sympathies go out to them.”

Mr Runacres said authorities would not be speculating into the cause of the explosion – but he added it was not being treated as a terror-related incident.

“A fifth person was also injured but their injuries are not believed to be life-threatening,” he told the press conference.

“I can confirm though that this is not being treated as a terror-related incident.”

Mr Runacres said there are currently no public safety concerns following the explosion.

“The explosion happened in a silo that holds treated biosolids before it is recycled to land as an organic soil conditioner,” he said.

“I can reassure people in the nearby area there is not believed to be any ongoing public safety concerns following today’s events.

“We do, however, urge members of the public to avoid the area if possible, whilst this emergency operation is ongoing.”

Rollout to Begin Next Week as UK approves Pfizer/BioNTech vaccine