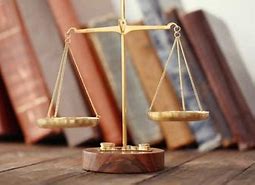 An order has been given to the Revenue Mobilization, Allocation and Fiscal Commission (RMAFC) to adjust salaries and allowances of the 469 members of the National Assembly– 109 in the Senate and 360 in the House of Representatives , also ruling that the National Assembly Service Commission has no power to determine the remuneration and allowances of lawmakers.” The order by the Federal High Court in Lagos on Friday stated that the adjustment should reflect the economic realities in Nigeria.

Justice Obiozor gave the judgment after the hearing of Originating Summons in suit number FHC/L/CS/690/2018: Mr Monday Ubani and other, and suit number FHC/LA/CS/943/2019 involving SERAP, EiE, BudgIT, (suing for themselves and on behalf of 1522 concerned Nigerians).

The Court also ruled that RMAFC is the only body responsible for determining the salaries, remuneration and/or allowances of the National Assembly or Political Offices Holders.

This development was disclosed today in a statement by SERAP deputy director Kolawole Oluwadare.

The suit was filed on the heels of the reports that members of the National Assembly receive running costs and allowances not determined by RMAFC and that such allowances are illegal because they are far above what the RMAFC prescribed.

It would be recalled that Senator Shehu Sani had in an interview with the News Magazine on the 8th of March 2018 revealed that “each senator receives N13.5 million Monthly as running cost in addition to over N750,000.00 monthly consolidated salary and allowances”.

The Plaintiffs in their consolidated suits stated: “RMAFC has failed to do any downward review of salaries and allowances of members of the National Assembly since 2007 in spite of the economic downturn in Nigeria. Yet, the commission is statutorily required to review the pay of the lawmakers, in conformity with the country’s economic realities and to achieve fiscal efficiency.”

The suits, read in part: “Given many years of extreme poverty in the country, and the inability of several state governments to pay salaries of workers and pensions, the refusal or failure of the Revenue Mobilization, Allocation and Fiscal Commission to review and cut the salaries and allowances of members of the National Assembly is a gross violation of the 1999 Nigerian Constitution (as amended) and the commission’s own Act.”

“The allowances of wardrobe, newspapers, kitchen traveling domestic and constituency project allowances of the members of the National Assembly are never contemplated or in the intendment of the constitution which created them and specified how they can be remunerated.”

“The duty of the RMAFC to review the salaries and allowances of members of the National Assembly is mandatory and the Commission cannot choose not to comply. Therefore, the failure or refusal by the Commission to comply with its own Act amounts to arbitrariness.”

“Unless the reliefs sought by the plaintiffs are granted, the defendants and members of the National Assembly will continue to benefit from these outrageous salaries and allowances, in breach of the law and at the expense of millions of Nigerians living in extreme poverty.”

“The amounts budgeted as payment for furniture and accommodation allowance to members of the 9th National Assembly negates the oath of office under the Seventh Schedule of the 1999 Constitution by members to perform their functions in the interest of the well-being and prosperity of Nigeria.”

“The National Assembly comprises of 469 members – with 109 in the Senate and 360 in the House of Representatives. These public officers form a very tiny percentage of about 200 million Nigerians. Members are still eligible to collect huge sums of money as monthly allowances and severance pay at the end of their respective terms.”