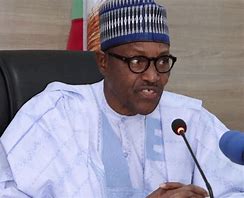 President Muhammadu Buhari, yesterday, disclosed that the Federal Government has concluded arrangements to re-equip and increase security personnel to effectively tackle rising insecurity in the country, noting that the police force remains a crucial component of security architecture.

Buhari, who was represented by Vice President, Prof. Yemi Osinbajo, at the commissioning of Police Special Protection Unit Base 6 in Rivers State, acknowledged that insecurity had posed serious challenges to the development of the country, stressing that without security there would be no development.

The President, who spoke during the unveiling of facility built by the Niger Delta Development Commission (NDDC) and named after him for accomplishing the project, which was abandoned 10 years ago, assured that his administration would continue to provide leeway for security agencies to fight criminality in the country.

In his remarks, Rivers State Governor, Nyesom Wike, berated the Federal Government for failure to execute projects, saying that the project being commissioned after 10 years of commencement was not a record for any administration.

He further expressed disappointment over the rate at which the NDDC abandons projects, saying that he was on the verge of taking over the project seven months ago when the NDDC got information of his intention and saved the situation by completing the project.

He said the NDDC, through the Minister of Niger Delta Affairs, Godswill Akpabio, was already defaulting on an N2.5 billion counterpart funding to expand the road to the commission’s headquarters, adding: “If he fails to release the money, I will ensure that the NDDC did not use the road.”

Wike, who declared that his administration would continue to sustain its support for security agencies in the state, commended the Inspector General of Police (IGP) Alkali Baba Usman, for his commitment to ensuring security of life and property in Rivers State.

The governor noted that the prevailing peace in Rivers State was as a result of the IGP’s apolitical disposition and professionalism.

Also speaking, Sole Administrator of NDDC, Effiong Akwa, said the commissioning of the project after 10 years followed six contractors, who handled the project, but were being owed for various completed projects.

He said the commission had been able to complete the project against all odds, especially due to paucity of funds, which was aggravated by the reluctance of oil firms to remit funds to the commission in defiance of the NDDC Act.

On his part, Usman, said: “The SPU building is a legacy project, as the first major purpose-built facility for the SPU since its establishment in 2009. It shows NDDC’s commitment to supporting President Buhari and the police in the task of internal security.”