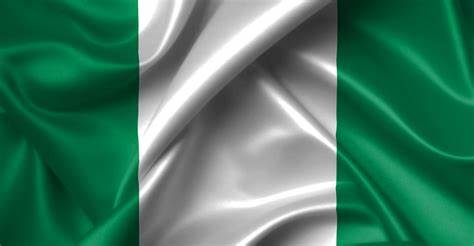 Nelson Mandela’s autobiography is titled, Long Walk to Freedom. Our hope is that the deepening contradictions of the skewed Nigerian federation will not be resolved, to borrow the Bismarckian phrase, by blood and iron. We hope perhaps, that freedom will come for the oppressed Nigerian multiple nationalities in what looks like an internal colony of sorts through persistence struggles to expand the democratic space by abidance to the rule of law. It would be a memorable path to freedom of our country from feudal and recidivist social forces impeding its political development. From what we can see from the horizon, it might come from a constitutional vent in the nature of fiscal federalism.

We took cognisance of the judgments from the judiciary on the controversial jurisdictional issue of collection of value-added tax and other related taxes in the 44th part of this serial.

It would be recalled that a High Court in Port Harcourt held that the Rivers State government, not the Federal Inland Revenue Service (FIRS) has the right to collect Value Added Tax (VAT) and Personal Income Tax (PIT) in Rivers State. This landmark ruling emerged on August 9, 2021. In the relief bordering on fiscal federalism, the honourable court ruled that it was unconstitutional for the FIRS to demand and collect VAT, Withholding Tax, Education Tax and Technology levy in Rivers State or any other state of the federation due to the fact that the grundnorm, that is the 1999 Constitution as amended limits the powers and competence of the Federal Government to taxation of incomes, profits and capital gains, without VAT or any other species of sales, or levy as provided for in items 58 and 59 of the Exclusive Legislative List.

However, it was expected that the free riders in the socio-economic and political space would contest the judicial pronouncement. Meanwhile, the rivers State proactively enacted the Rivers State Value Added Tax Law 2021 to regulate the effective administration of VAT in Rivers State. The central authorities, through the agency of the Federal Inland Revenue Service (FIRS), begged to defer and appealed the ruling requesting a stay-of-execution before the High Court. Even before any judgment, the usual hubris of the central authorities were at display. The FIRS’ flagrant disobedience of a subsisting judgment to force corporate bodies and business entities from paying the VAT to the Rivers State Government is characteristic of the hegemons who run the Nigerian state.

Nevertheless, the judicial declaration has given shove to the ambivalence of state governments, which were unsure of the ultimate position of the law or out of momentary diffidence refuse to appropriate their right to impose tax appropriately in their state within the bounds of constitutional provisions.

Lagos State, the centre of excellence, which had in 2019 in the case of the FHC in The Registered Trustees of Hotel Owners and Managers Association of Lagos versus AG of the Federation & Others, got a favourable judgment on the subject matter, went into a legislative firework. The outcome is the commitment of the VAT Bill to the finance committee of the house in an accelerated hearing that leaped from first to second reading and to commit to the committee stage. It should be noted that the VAT and related taxes are central elements of the inequity of the Nigerian pseudo federation.

For example, according to the speaker of its House of Assembly, Right Honourable Mudashiru Obasa, Lagos contributes about N500 billion from the VAT streams and another N300 billion from the rest of the southwest states, and yet with a paltry return when shared is unacceptable. It is exactly what Governor Wike of Rivers State describes as the case of robbing “Peter to pay Paul as the nation’s self-imposed tax master-general,” that is the Federal Government.

A dissenting voice has been heard from a governor of a state that contributes nothing to the federation account, Aminu Masari, who ought to be pre-occupied about how to generate resources within the bounds of his state’s natural endowment. Barefacedly, he described the development as “unfair” and indicated Katsina’s intention to appeal against the ruling by the Rivers Division of the Federal High Court, which ceded the power to collect VAT to the Rivers State government instead of the Federal Government that hitherto aggrandised itself with what belonged to the state government. The governor intoned the disingenuous argument similar to that made in the case of the oil in the Niger Delta that “it is other parts of the country that make Lagos and Rivers states what they are.” The governor is saying so has actually imposed a challenge on himself – making Katsina the home of all Nigerians and attract investment.

As we have reiterated in this serial, there is no federalism without fiscal autonomy. It is the freedom to exploit and develop resources for the good governance of the given states in a federation that defines autonomy and makes it an equal partner in the federal union. No matter the legal arithmetic that the traducers of our law may spawn, the governors must show commitment to uphold the federal essentiality of our country. We cannot but agree with Wike that, “fiscal federalism remains the right path to economic self-reliance and sustainability for all our states and the benefits derivable from this case by all the states in the long run far outweigh the immediate revenue loss that some states may presently suffer.” Those who make a singsong of the non-negotiability of the Nigerian state should realise that without autonomisation of the component units of the Nigerian union, that quest or desire is merely elusive. Genuine federalism clearly offers a reasonable vent for the unity of the country.