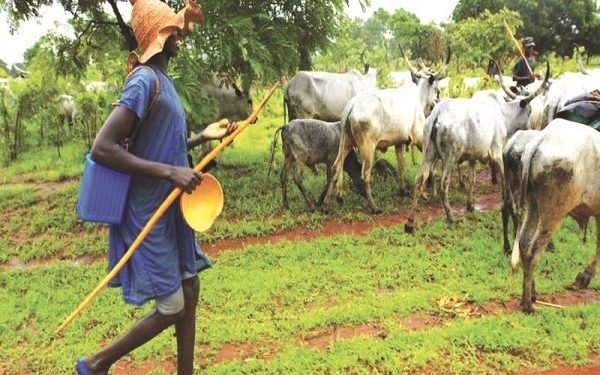 Nigerians have reacted to the plan of the President Muhammadu Buhari to revive the old cow grazing routes after he made an announcement last Wednesday, giving an approval to the return of open grazing practiced during the First Republic where herdsmen used designated grazing routes to move cattle to several parts of the country.

Senator Ajibola Basiru, Chairman, Senate Committee on Media and Public Affairs, who currently represents Osun Central Senatorial District, speaks to Sunday Aborisade on the controversy surrounding plans by the Federal Government to start the implementation of the gazette on the old cattle grazing routes introduced by the defunct Northern Region Government in the 1960s

What’s your take on this?

‘Nigerians do not need to criticise the President for making that statement; rather, what Nigerians need to criticise is whether the President had actually been properly advised by his Attorney General and the legal team. That should be the concern of Nigerians. They should find out whether the Nigerian President is actually getting the correct and proper legal advice from his Attorney General and the legal team.’

Are you saying the Attorney General should not have advised the President on how to tackle the issue of grazing to avoid friction between herders and farmers?

“As far as I am concerned as a legal practitioner, there is nothing like grazing routes or grazing reserve law in the laws of the Federation of Nigeria. There is nothing like that. So, there is no federal legislation that the President can implement. The executive powers of the President are merely coterminous with the powers of the National Assembly to make laws in line with Section 5 of the Constitution. So, any area where the National Assembly cannot make laws, and there is no express grant of powers to the President under the Constitution, any purported exercise of power by the President in that regard will be null and void, because it is inconsistent with Section 1(3) of the 1999 Constitution.”

Are you saying that the chief law officer of the federation will not know that there is no law that deals with the issue of grazing routes in the nation’s constitution?

“I have painstakingly looked at the laws of the Federation of Nigeria and I did not see a copy of any law that is called Federal Grazing Law, or Grazing Act, or any other title relating to the issue. However, I am aware that there is a northern Nigerian law on reserve and grazing routes, which was promulgated by a 1964 decree by the Premier of the defunct Northern Nigeria Region.”

Unless the legal advisers of the President are equating a northern Nigeria law, which is not applicable in the West, Mid-West and Eastern region as it were, with a federal or a Nigerian law. Therefore, it is not applicable anywhere in the southern part of Nigeria.

Is it not possible for the President to use an executive order to revive the gazette on the old cow grazing route and implement the provisions therein?

Are you saying that the chief law officer of the country is not aware of all these?

It is regrettable that the President has not been properly advised by his attorney general and the legal team. They need to go and check their facts. If anybody will implement any law, it is the states where those routes are applicable that can do so. Grazing routes law is not applicable in any state in southern Nigeria. Southern Nigeria has its own law on cattle and other related matters. With respect, it is unfortunate that we have a situation whereby the President of a country is being misadvised by his legal and policy teams for whatever reason it is.

Do you think that other legal experts are on the same page with you on this matter?

There have been informed legal opinions on this issue. So, there is no federal law regarding grazing routes. Even by the allocation of power under the Nigerian legislation, the National Assembly and by virtue of that, the President does not have powers to do anything about grazing routes. This is because the management of land in the entire territory of a state, by Section 1 of the Land Use Act, is vested in the governor. Matters of land use and management are the exclusive preserve of the state governor. The President has absolutely no powers to act on it. With respect to the office of Mr President, I believe that he has not been properly advised by his legal team. He should query the quality of their legal advice by probing further so that they don’t generate unnecessary tension that can be avoided.

Is it not possible for the National Assembly to initiate and pass a bill to address the issue of grazing routes and then get Mr President to sign it into law?

It will be illegal for the National Assembly to make any law on grazing, because it is about land use and management. The Land Use Act has the status of the Constitution. It can only be amended in the same procedure as the amendment of the Constitution.

So, the control and management of land is a state matter between the states and the local governments. It is, therefore, ultra vires to dabble into the issue of land use, management and control, which the issue of grazing routes is concerned with. I am aware of the state law, which predated the Land Use Act in Nigeria. Whether the law can even stand the test of the Land Use Act is a different thing entirely, which I will not want to go into. There is no general law that states that grazing routes are applicable to all parts of Nigeria. I hope the President will be properly advised on this by his legal team.