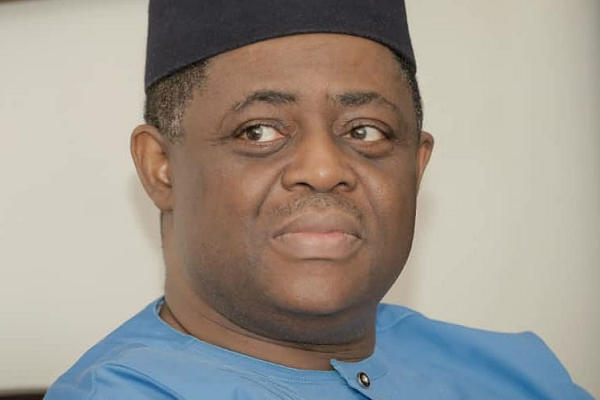 Human rights activist and author, comrade Paul Njoku has described former minister of aviation and chieftain of the Peoples Democratic Party (PDP) as an unstable and untrustworthy element

He said Femi Kayode is an entity of no integrity and discipline and the ruling party (APC) must be wary of him.

Njoku said, “Fani-Kayode has once again vindicated me by proving to be an unstable, untrustworthy element and a political jobber who consistently eats his vomit in a shameful way as I always told him in his face.

“As an entity of no integrity and discipline, APC should be carefully wary of this psychotic Judas with keen caution.

“In other words, he should be relegated to the tail and cast to a whopping confinement.

“Oh! a traitor, blackmailer and an inconsistent soul who vowed to die than joining APC has finally landed in the ruling party to further maintain his drawn sabotage, multiple personality traits, lies, confusion and betrayal.

“This “repentant” political bandit and sinner of President Muhamadu Buhari has again alighted to spy, blackmail, deceive and usually return to the PDP with mouth poison and rat-infested revelations against the same Buhari/APC.

“Days ahead, FFK’s first insanity with multiple vituperations shall be:

Succession and obligation of leadership