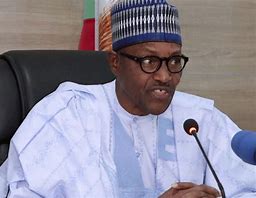 Barely one month after assenting to the Petroleum Industry Act (PIA) 2021, President Muhammadu Buhari is asking the Senate to amend the act that was passed by the National Assembly on July 1.

The PIA is expected to grow investors’ confidence in the sector and create more employment opportunities for residents in host communities.

The President’s fresh request was contained in a letter dated September 16, and read during plenary, yesterday, by the Senate President, Ahmad Lawan.

Buhari, in the letter, explained that the appointment of two non-executive members as provided for by the Act to the board of the Nigerian Midstream and Downstream Petroleum Regulatory Authority (NPRA) and Upstream Regulatory Commission (URC) does not reflect balanced geopolitical representation.

He, therefore, requested amendment to Sections 11(2)(b) and 34(2)(b), which provides for the Administrative Structure of the PIA, to increase the number of the non-executive members from two to six on the boards of the NPRA and URC.

According to him, doing so would foster national unity and “provide a sense of participation and inclusion to almost every section of the country in the decision making of strategic institutions such as the oil industry.”

In addition, the President proposed a deletion of Sections 11(2)(f), 11(2)(g), 34(2)(f) and 34(2)(g) from the Petroleum Industry Act, which would see to the removal of the Ministries of Petroleum and Finance from the Board of the Nigerian Petroleum Regulatory Authority and Upstream Regulatory Commission.

He explained that, “the two ministries already have constitutional responsibilities of either supervision or inter-governmental relations. They can continue to perform such roles without being in the board.”

He also sought an amendment to Sections 11(3) and 34(3) to be replaced with a new section that provides that appointments to the Board of the Commission or Authority under Section 2 shall be made by the President, while those made pursuant to subsection (2)(a), (b) and (c) of section shall be subject to confirmation by the Senate.

The President, in his proposed amendment, underscored the need to exempt serving public officers from the established confirmation process for political appointments.

Buhari further requested the Senate to confirm the nominations of members of the Board of the Nigerian Midstream and Downstream Petroleum Regulatory Authority.

In a separate letter, President Buhari while relying on the provision of Section 11(3) of the Petroleum Industry Act 2021, requested the Senate to confirm the appointment of four nominees to the Board of the Upstream Regulatory Commission.

According to the President, both requests for the confirmation of the board’s membership were made “in order to fast track the process for the establishment of the Commission.”

HOWEVER, disappointment and cautious optimism were expressed yesterday over the progress being made on the implementation of the PIA, especially, the directive by President Buhari for the incorporation of Nigerian National Petroleum Corporation (NNPC) Limited as well as announcement of a board for the yet to be company.

While the PIA, signed into law in August stipulated that NNPC Limited should be created in six months, a commercial oriented board remained critical to ensure success, especially providing confidence to investors.

Although most stakeholders saw the move by the President as timely, they felt disappointed over what they described as political board against expectations that technocrats would be appointed into the board to drive growth, given the rapid changes in global oil and gas sector.

Considering that the country has lost billions of naira due to delay in reforming the sector, prevailing development shows that the country may have settled for business as usual despite the new law.

The industry experts noted that while the board somewhat reflects federal character, the capacity of the directors to upturn the gloomy state of the sector in the face of rapidly declining revenue and huge debt remained a mirage.

The board chairman is Senator Ifeanyi Ararume, while Mele Kolo Kyari and Umar I. Ajiya are Chief Executive Officer, and Chief Financial Officer.

The PIA had recommended that appointees into the board must have experience in the oil and gas or related areas. The Chairman of the board, Ararume, currently pursuing his Imo North 2019 senatorial election in court, has practically no experience in the oil and gas sector apart from once serving in committees like Communications, Police Affairs, Federal Character, Finance & Appropriation, Information and Niger Delta.

Described by Wikipedia as a “career politician,” Ararume is said to have Bachelor of Science degree in business administration from Liberty University in Lynchburg, Virginia and a Masters Science Degree (M.SC) in International Relations from the University of Benin.

While a few of the board has oil and gas-related experience, a leading oil and gas lawyer, who played key roles in PIA, Adeoye Adefulu, expressed disappointment over the qualification of the board.

He expressed shock that a lot of people who are well recognised in the sector and would have sent positive signals, were exempted.

While admitting that he is not too familiar with the qualifications of the board, the Chairman and Chief Executive Officer, International Energy Services Limited, Dr. Diran Fawibe, said lack of technical know how could hamper the performance of the board.

While meeting PIA requirements remained laudable for the professor emeritus, the need for investor confidence in the board must be prioritised.

“My immediate reaction is simple. This looks more like a political board. It is a reappointment of some of those that are currently on the NNPC board, apart from, perhaps, Senator Ararume,” Iledare said.

He insisted that the likelihood of investors confidence in the board is “very low,” adding that it appears government has made up its mind to continue to fund NNPC Limited, which is not even incorporated yet.

Iledare noted that the current development signals the body language of the government towards the full implementation of the PIA.

“One of the core objectives of PIA with respect to NNPC Limited is to establish the framework to create a commercial institution that is profit oriented! Can this political board deliver on that?

“Secondly, NNPC Limited has no CAMAC registration number yet, does it matter? No articles of incorporation yet? This may be a new wine in an old wine cloth.

“What an ironic beginning of another 20 year-journey. Perhaps, I am still cut up in my what ought to be cloud,” Iledare said.
Emeka Okwuosa, managing partner, The Chancery Associates, though expressed satisfaction over the progress of PIA, feared that the board could be more of political patronage witnessed before the new legislation.

“I hope the new personnel are not there for political patronage? We need technocrats that can drive and deliver the new NNPC in a transparent and accountable way,” he said.

But chairman of Petroleum Technology Association of Nigeria (PETAN), Bank-Anthony Okoroafor, said the move by the President shows progress towards the fulfillment of the PIA.

According to him, some of the old board members in the new board, especially Tajudeen Umar, are good for the company. Energy expert, Michael Faniran, noted that the directive for the incorporation and setting up of the board remained a good step in the right direction, stressing that the pace of the implementation of PIA is commendable.

“The board should be given the independence it requires to work so as to deliver on mandates of the envisaged NNPC Limited. If given required independence, I believe that the board, going by the profile of the members, can deliver,” Faniran said.

Adeyinka Olumide-Fusika (SAN) noted that it was not a legal issue or question. “If it is, then the composition, to be legal, only needs to accord with the criteria set out under the enabling statute.”

Prof. Sam Erugo (SAN), former Dean, Faculty of Law at Abia State University (ABSU), said: “The composition of the board will naturally be political. I wonder why anyone would think otherwise, from the antecedents of this government, and of course, the trend over the years.

“Successive Nigerian governments don’t give any impression that they want government companies to be profitable, going by such appointments. That’s the reason why they are now making noise about privatisation. Yet, the privatised entities are out there exploiting helpless citizens in the midst of unimaginable poverty, an example is the case of the electricity distribution companies.”

MEANWHILE, a Southwest socio-political group, Yoruba Ronu Leadership Forum, has called on the National Assembly to do necessary adjustments to the PIA by giving at least seven to 10 per cent of the profit to hosts communities. The forum’s plea is coming on the heels of the letter written by President Buhari to the Senate seeking an amendment to the recently signed PIA.

In a statement signed by its President, Mr. Akin Malaolu, the forum said following the request made by President Buhari to remove the heads of finance and NNPC from the board of the yet to be incorporated oil company, “we are worried that the present three per cent of profit earmarked for the host communities would create more crisis for subsequent government if not now.

“We are, therefore, constrained to call the attention of both the lower and the upper chambers to save whatever is left of their integrity by doing the needful and give an adjustment of say between seven and ten per cent of the profit to host communities.”

The forum added that more important is the issue of Maradi train link from Katsina (Mashi Refinery) to Niger Republic, which it described as a private sector-driven refinery billed to be completed this year in Mashi, Katsina State, facilitated by Niger Republic at a cost of $2 billion, which has a capacity for 150,000bpd.

The forum said: “We are not comfortable with the decision of President Buhari to all by himself and without the authority of the National Assembly or Federal Executive Council make an order or give sole approval to the effect that the refinery built by Niger Republic can draw its crude from Agadem without due consideration for Niger Delta crude oil availability thereby shortchanging the nation of needed revenue and growth.

“We owe it a duty to warn, that subsequent government might be forced to review such a singular approval unknown to the laws of the nation.”