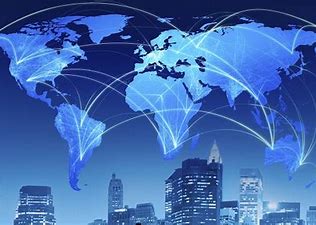 Indications have emerged that the Federal Government’s bond issues are squeezing the private sector out of the bonds market as it has raised over N4.7 trillion, far above what  private sector organisations have been able to raise from the Nigerian capital market, Year-to-Date, YtD August 2021.

The private sector raised N802 billion in corporate bonds from the capital market for the same period.

Consequently, analysts and capital market operators have criticised government’s excessive borrowing from both internal and international markets without considering the revenue to service the debt even as it has reached the alarming point of crowding out the productive real sector.

Analysts posited that the crowding out effect on the private sector poses grave danger to the capacity of the real sector to create wealth and generate productive employment. They thus advocated low interest rate environment for the private sector to be encouraged to raise debt capital (corporate bonds).

The Federal Government issues bonds in the primary market through the Debt Management Office, DMO at its monthly auctions and these bonds are subsequently listed on the exchange for trading.

These bonds are backed by the full faith and credit of the Federal Government of Nigeria and are semi-annual, coupon-paying bonds. Income earned on FGN Bonds is tax-free.

Financial findings from data obtained from  NGX showed that the Federal Government had raised over N4.7 billion which were listed on the exchange, Year to Date, YtD, August 2021while about N802 billion of corporate bonds in various categories were raised and listed accordingly.

The various companies that have taken advantage of the low performance in the fixed income market to raise bonds at rates below 10 per cent to the tune of N802 billion includes three issuers namely, Dangote Cement Plc, N300 billion MTN Nigeria Plc, N100 billion and BUA Cement Plc, N115 billion. They raised over 60 per ent of the total bond raised in the market.

Reacting, analysts and Vice Chairman, Highcap Securities Limited, David Adonri said: “Both externally and internally, government has taken and is still taking more debt. This is increasing the risk of sovereign default and economic nightmares.

“The hard currency earning capacity of Nigeria may also not be sufficient, now and in near future, to enable government service mounting foreign debt.”

Lamenting the crowding out effect of government borrowing, Adonri said: “Internally, the borrowing has now reached the alarming point of crowding out the productive real sector.

This poses grave danger to the capacity of the real sector to create wealth and generate productive employment. In every capitalist economy like ours, government has primary obligation through policies and actions to prevent any crowding out effect and to ensure larger capital formation by the private, productive real sector.

“Excessive borrowing by this government at the expense of the private sector which is the engine room of the economy, brings to question the soundness of their economic strategy.”

On debt servicing, he said: “The careless use of debt as a financing tool is fraught with calamitous dangers. Even more disheartening is when the debts are principally used to finance consumption or to unwisely finance few secondary infrastructure (roads and rail).

“These will neither enhance the productive momentum of Nigeria’s light industries nor make the economy self-reliant. The disorderly growth of the economy this administration is pursuing can only mislead the country into an abyss if public borrowing is not curtailed to lower cost of funds so that production will be competitive.”

“Nigerian government is reckless in its financial management. Their expenditure is far beyond revenues and safe debt level.

“If they do not retrace their steps by instituting prudent financial management and also promote development of primary infrastructure ie, engineering infrastructure (technical education, metallurgical industry, electric power industry, chemical industry and modern energy industry), through private sector initiative, the only outcome will be continuation of economic wailings” he noted.

Analyst and Head of Research and Investment at Fidelity Securities Limited, FSL, Victor Chiazor, said: “The Federal Government will continue to lead in terms of raising debt capital given the interest rate environment in the country.

“The market is big enough to accommodate both. Don’t forget PFAs manage over N13 trillion which are ready to invest. I still believe the state governments are free to visit the market or World Bank for funds, especially for development.

“Kaduna State has done same and look at the development going on. Lagos State has visited the market for a state bond.

The economy is feeling the pressure as the Gross Domestic Product, GDP half-year rise to five per cent. Without borrowing the economy will not recover fast.“

If the government lowers its borrowing rates to manage the high cost of servicing debt, funds will flow to equity space in search of better returns, especially as these companies’ earnings are becoming stronger to support share price and payout at the end of the day.”