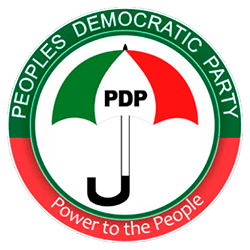 Hours after the National Working Committee (NWC) of the Peoples Democratic Party (PDP) rose from an emergency meeting in Abuja to ratify its Deputy National Chairman (South), Yemi Akinwonmi, as the acting national chairman, Justice Nusirat Umar of the Kebbi State High Court has ordered Prince Uche Secondus to return to his position as the national chairman of the party.

This is coming three days after a Rivers State High Court issued an order of interim injunction restraining him from parading himself as the chairman.
Judge Okogbule Gbasam had issued the order following an ex parte application filed by four applicants: Ibeawuchi Alex, Dennis Amadi, Emmanuel Stephen, and Umezerike Onucha, as plaintiffs.

But in a statement, yesterday, Justice Umar, a vacation judge of the Kebbi High Court, ordered Secondus to return to his position. Secondus and the PDP are first and second respondents respectively in the suit brought before the court by three claimants and members of the party: Yahaya Usman, Abubakar Mohammed and Bashar Suleman.x

Giving the order in a suit brought before her in Birinin Kebbi, the state capital, in case KB/AC/M. 170/2021, Justice Umar said she was satisfied after reading the affidavit of the respondents that an interim order should be granted on the purported suspension of Secondus pending the determination of the case.

“An order of this honourable court granting leave to the first respondent (Uche Secondus) to continue exercising all the constitutional powers of the office of chairman of PDP (second defendant) as enshrined in both 1999 Constitution of Nigeria as amended and the PDP Constitution pending the hearing and final determination of applicant’s motion on notice.”

The opposition party has been in disorder for the past few weeks as some chieftains want Secondus out as the party’s chairman.
EARLIER, the NWC had insisted that it will hold a national convention to elect its national officers in October and that convention will end the tenure of the present NWC, which was supposed to end on the 9th of December, 2021.

Accordingly, a meeting of the National Executive Committee (NEC) of the party had been scheduled to hold on Saturday when all official decisions regarding the convention would be endorsed. The NEC meeting, would among others, appoint the committee to plan the national convention as well as the committee on zoning.

The NWC meeting, which was presided over by the party’s acting chairman, Akinwonmi, was the first after the suspension of Secondus.
Briefing members of the party’s Board of Trustees (BoT), after the NWC meeting, Akinwonmi said: “The NWC has accepted and adopted the end of October as end of our tenure. We will soon set the machinery of the convention in motion. We will soon set the ball rolling for us to have our convention and have new set of officers to come and pilot the affairs of our party.”

Justifying the need for the tenure of the NWC to end in October, the acting chairman said: “I’m tired, I’m going back to my farm. I am a farmer in Ogun State. I am anxious to go back to my farm. I have no business in Abuja. I am only a child of circumstance. I have to come at this time to salvage the party. And with the support of you the leaders, I will navigate the ship to a successful end. I enjoin all of us to work together.”

At its stakeholders meeting that held August 10, the PDP had instructed the Secondus-led NWC to convene NEC but that never happen. However, due to the political brickbats that ensued, Secondus did not convene the NEC meeting because his leadership did not support the holding of the convention in October. He had explained that the party had scheduled series of activities to hold between September and October.

IN his remarks at the BoT meeting, former Vice President, Atiku Abubakar, explained his long absence from meetings of the party, as he disclosed that he attended the Cambridge University where he obtained Masters in International Relations.

Atiku said: “Many people have wondered where I have been since September last year and it became a matter of rumour mongering and all what not. I want to say that I was away because I went back to school and completed my Masters’ degree programme in International Relations from Cambridge University. I want to use this opportunity to thank our former President Obasanjo, who actually recommended me for the course to that university.”

HOWEVER, PDP governors rose from a meeting in Abuja last night and announced that they had accepted the reports submitted by the Akinwonmi-led NWC, which insisted on the need to conduct the convention in October. Chairman of the PDP governors’ forum and Sokoto State governor, Aminu Waziri Tambuwal, said the governors also agreed to abide by the order of the Rivers Court, which suspended Secondus from office last Monday. He said they equally endorsed the adoption of Akinwonmi as the acting chairman of the party by the NWC.

Tambuwal said the governors were at peace with the October date for the convention because that was the original decision as taken by party stakeholders over two weeks ago.

The governors were, however, silent on a second court order by the Kebbi court, which was reported to have reinstated Secondus. A member of the NWC who was reached for response by The Guardian said he would prefer to be quiet and await the decision of the leadership of the party.