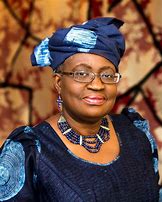 The World Trade Organization (WTO) has announced the postponement a major conference scheduled for next week in Geneva, Switzerland.

The WTO Director-General, Ngozi Okonjo-Iweala, made the announcement on Friday night.

This is amid the imposition of new travel restrictions by world leaders due to a new and particularly transmissible variant of COVID-19.

This delay makes it the second time the meeting has been postponed because of the pandemic, as it was originally scheduled for June 2020.

“It is better to err on the side of caution,’’ Okonjo-Iweala said.

“Many still wanted to attend in person and would have been disadvantaged by the new restrictions.”