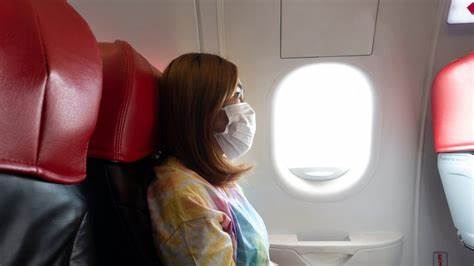 Under the relaxed plans, passengers will have to book a private screening and quarantine beforehand. Those who choose not to be tested will have to observe a two-week quarantine.

LONDON – Travellers to England from abroad could face a shorter spell in quarantine from mid-December, the UK government announced Tuesday in a move welcomed by the battered aviation sector.

From 15 December, travellers arriving by air, ferry or train can end their quarantine if testing negative for COVID-19 at least five days after their arrival.

New arrivals currently have to self-isolate for 14 days, while Britain has recorded more than 55,000 deaths of people testing positive for coronavirus, the highest figure in Europe.

“This is a hugely welcome step that will begin the process of opening up international travel and restarting UK aviation,” trade body Airlines UK said in a statement, as the government prepares also to lift England’s lockdown next week.

The rules will come into force from 15 December and the tests from private firms will cost between £65 and £120.

However, if they pay for a test after five days and it comes back negative, they will no longer need to self-isolate.

Results will normally be issued in 24 to 48 hours. This means people could be released from quarantine six days after arrival.

Mr Shapps said: “Our new testing strategy will allow us to travel more freely, see loved ones and drive international business. By giving people the choice to test on day five, we are also supporting the travel industry as it continues to rebuild out of the pandemic.

“By giving people the choice to test on day five, we are also supporting the travel industry as it continues to rebuild out of the pandemic.”

The UK government sets transport policy for England. The devolved administrations in Scotland, Wales and Northern Ireland set their own.

London changed course after seeing evidence that a test after five days of self-isolation “provides materially better results” than just having a test on arrival.

The new strategy is accompanied by a financial support plan for commercial airports in England.

“This new package of support for airports, alongside a new testing regime for international arrivals, will help the sector take off once again as we build back better from the pandemic,” the chancellor of the exchequer said.