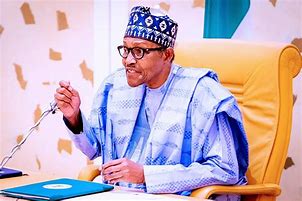 Despite appeals from different quarters to President Muhammadu Buhari, including the diplomatic community, to sign the amended electoral bill forwarded to him by the National Assembly on November 19, the president has continued to keep the people in suspense even when it is three days to the 30 days deadline within which he is constitutionally mandated to assent to the bill or return same to the legislature.

Although the president has not hinted at any possibility since he received the electoral bill, the bill has, however, been mired in controversy between those urging Buhari to sign it in order to enhance participatory democracy as indicated through the approval of direct primaries and those who have reservations about that model of electing candidates by political parties.

However, while a political party, the National Rescue Movement (NRM), has accused the president of failing to assent, a former member of the House of Representatives, Hon. Timothy Golu, has expressed optimism that Buhari would sign the bill eventually.

Recently, some newspapers’ reports had alleged that the president might have caved in to pressure from some governors of his party, the ruling All Progressives Congress (APC) and withheld his assent to the bill, because of the excuse that direct primaries would be too expensive to run.

But the presidency and the National Assembly had quickly come out to dismiss it as untrue. While one of Buhari’s spokespersons, Mallam Garba Shehu, said he had not been briefed about such a development and therefore not correct, Speaker of the House of Representatives, Hon. Femi Gbajabiamila, too said it was untrue.

Interestingly, those believed to be pushing for indirect primaries were said to have recently reactivated their agenda, seeing that the president had a few days more to the deadline.

According to sources, they have reached an understanding with a section of the National Assembly leadership that they would convince the president to return the bill to them on the grounds that he wanted certain clauses amended, but that once that was done, they should file it away and not treat it till the time of the elections.

Although the president, sources claimed, was being convinced to inform the principal officers of the National Assembly that he would withhold his assent for them to also reconsider the timing for the submission of candidates’ list by political parties from 180 days to 90 days as it currently stipulated in the 2010 amended electoral act, it is a decoy to scuttle the whole process.

Yet, those who want the president to leave a legacy of sound and enduring electoral system, have insisted that even if he would return the bill on the grounds of a few contentious clauses, including direct primaries, he must ensure that the current effort at reforming the electoral system through many other clauses did not go to waste.

Curiously, however, those in support of the president assenting to the bill as it were and also convinced he would sign it eventually, have argued that the process of returning a bill to the legislature was much longer than merely signing it hence their conviction that the president had only kept the decision to himself.

According to a THISDAY news analysis published on Wednesday, which quoted a presidency source, “You also need to understand the process, because there is a process or if you like, protocol to these things. Remember that immediately the bill was forwarded to the president by the National Assembly, the Attorney General of the Federation and Minister of Justice, Abubakar Malami, wrote to the president and advised against it.

“It was after this that the governors took up the campaign and asked for the aspect of direct primaries to be yanked off, citing many reasons that could not fly in the face of logic. But if the president was going to listen to his AGF or give in to the pressure by the governors, the process is that he would have instructed the AGF to draft a letter of response back to the National Assembly.

“Thus, if a process like that has been triggered, then you would have known that the president was not going to sign it, following the same channel of communication and as advised by his AGF. But since it was sent to him, the president has just kept quiet and knowing that signing is just about a small ceremony and solely the call of the president, so, he could choose to delay it and just sign whenever he wants for as long as it is before the deadline,” the source said.

The source, which cited the fact that the National Assembly would proceed on recess today, Thursday, December 16th, further contended that, “If there was going to be any communication rejecting the bill, he would have triggered the process before they embark on their recess, of which they wouldn’t be back until later in January, and by which time, the process for the Ekiti and Osun States governorship elections would have begun.

“I mean, it belies logic that the president would write to the National Assembly after they had proceeded on recess. Therefore, if he is not writing them between now and Thursday, when they would go on recess, then, it is a deal. He will sign it, since the signing ceremony is his personal business,” the source explained.

Besides, the source, which equally quoted the president at a recent virtual Summit for Democracy organised by the United States President, Joe Biden, where he reiterated his commitment to leaving behind a lasting legacy of credible polls for the nation’s democratic development, added that Buhari was mindful of his commitment to the diplomatic community.

“As we countdown to our next general election in 2023, we remain committed to putting in place and strengthening all necessary mechanisms to ensure that Nigeria will not only record another peaceful transfer of power to an elected democratic government, but will also ensure that the elections are conducted in a free, fair and transparent manner,” Buhari stated at the summit.

Meanwhile, a political party, the National Rescue Movement (NRM), has accused the president of failing to reciprocate the usual cordial relationship between the Executive and the present National Assembly by his refusal to assent the Electoral Act amendment bill sent to him.

National Chairman of the party, Senator Saidu Dansadau, who spoke at the end of the party’s National Executive Committee (NEC) meeting on Tuesday in Abuja, said the executive was not fair to the National Assembly by President Buhari’s action.

“If there is any president since 1999 that enjoyed maximum cooperation, it is President Muhammadu Buhari and for National Assembly to respond to the yearnings of majority of Nigerians and passed the bill as requested for by Nigerians.

“And we saw on national televisions that APC governors met and said they are against the bill that would ensure free and transparent elections in the country. And they went and lobbied Mr. President to hold his assent by returning it to the National Assembly.

“To me, he (Buhari) is unfair to the National Assembly. He has not reciprocated their gesture as they have done to him since the past six and a half years. Also, he has not been fair to Nigerians, who voted him into power, because majority of Nigerians are interested in the passage of this bill and this is unacceptable to Nigerians.

“I appealed to Mr. President to, in the name of God, assent to that bill without any doctoring and I also appeal to members of the National Assembly to resist any attempt by the president to tinker with what they have done,” he said.

Also, Golu, while calling on the National Assembly to encourage Nigerians and assure them that the bill would be signed eventually, said the president has been in touch with various people from the villa regarding the bill.

Golu, who spoke yesterday on the Morning Show of ARISE NEWS Television, said he believed that the National Assembly would stand its ground as they were not doing it for the president or the party but in the interest of democracy.

“In Nigeria, you can see the level of joy and excitement. Everybody is watching and listening to what is happening everyday in regards to the the electoral reforms. There is no reason for him not to sign it. We are waiting patiently, because it’s going to be a legacy as this has encouraged a lot of people to start registering in political parties.

“Most Nigerians don’t belong to any political party, because they don’t participate in raising or nominating flag bearers. They only participate at the general election, where flag bearers or ticket holders are imposed on them,” he said.

On direct primaries, he explained that it was dependent on whether the nation was operating a delegate system or direct primary system.

“Whoever is putting pressure on the president wants to achieve some personal gains but when you look at the bigger picture, I believe that four or three days should not be a problem, because he has signed bills towards the end of the minimum time frame before, so whatever happens, members of the public are there to hold their representatives accountable in case the president decides other wise, which is very unlikely.

While calling on the Independent National Electoral Commission (INEC) witness primary elections as provided by the current provision of the electoral act, noted that political parties contributed to maintaining these things as it was going to be a systematic process with due accreditation.

“I urge them not to allow partisan and I want to believe that in their own conscience, the National Assembly will not toy with what the nation has been looking up to. Nobody should be above the electoral act and constitution,” he said.