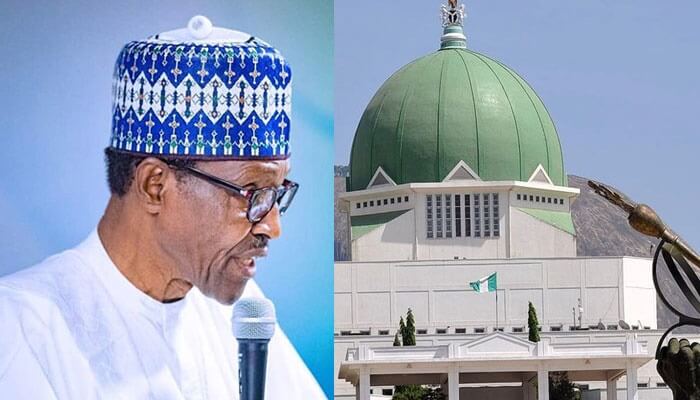 Members of the National Assembly last night expressed reservations as President Muhammadu Buhari refused to act on the Electoral Act Amendment Bill presented to him for assent by the legislature, 30 days ago.

The 30-day window for President Buhari to assent the bill elapsed last night. As of the time of filing this story, there was no official communication to the parliament and Nigerians from the presidency on the fate of the much-anticipated bill.

Both the Senate President Ahmad Lawan and Speaker of the House of Representatives Femi Gbajabiamila, had at different times met with President Buhari over the bill and expressed confidence that he would assent to it.

Some of the lawmakers knocked the president, who returned to the country from Istanbul, Turkey, where he attended the third Turkey-Africa Partnership Summit, hosted by the Turkish President, Recep Tayyip Erdogan.

While the political and civil society actors waited with bated breath for the president’s action on the bill, it emerged last week that the Attorney-General of the Federation (AGF) and Minister of Justice, Abubakar Malami (SAN), had written a letter to Buhari, highlighting the problems with the inclusion of mandatory direct primaries in the Electoral Act amendment bill.

He informed the president that making direct primaries mandatory for all political parties could cause confusion.

Sources made it known that the president will communicate to the leadership of the parliament today, where he is expected to raise reservation with clause 87, which provides for direct primary.

There has been a cold war between federal lawmakers and governors over the inclusion of direct primaries in the bill, with the latter mounting pressure on the president to reject the provision.

Various Civil Society Organisations (CSOs) Sunday asked the parliament to override the president’s veto to pass the bill into law.

A cross section of senators reported that before they embark on the end of the year recess this week, a decision would be taken on the electoral bill should the president withhold assent.

A Senator close to the presiding officers, said they are yet to receive any communication from the president regarding the bill.Speaking to one of our correspondents, the lawmaker said action would be taken when the president communicates his decision on the bill to them.

“For sometimes, there have been pressure that we should invoke the 2/3 rule as enshrined in the 1999 Constitution if the president fails to assent it. Discussions are on along this line but there are a lot of things that would be looked at before we can arrive at anything,” he said.

Another ranking lawmaker said the president was being misled by his handlers to cause confusion in the polity.

“He would not assent to it because he is being misled by people around him and he likes to hear that. They are doing this to cause confusion in the polity. It would be difficult for us to override the president’s veto because we cannot get the 2/3,” he said last night.

But Senator Kabiru Gaya (APC, Kano), expressed optimism that the president will act on the bill.

Senate spokesperson, Senator Ajibola Basiru declined to comment on possible options the Red Chamber is weighing on the electoral bill after the expiration of the 30-day timeline.

Asked further on what Nigerians should expect from the Senate should Buhari decline assent, he said; “I don’t have any comment on it,” and hung off.Rep Tanko Sununu (APC, Kebbi) while responding to questions on the matter said it was too early for him to make comments since the president was yet to communicate to House on whether he has assented or declined assent.

“And that will definitely guide the decision the House will take. I don’t want to preempt what the president has done or has not done. Had it been he has not assented to and it is made public, then I can comment”, he said.

Speaking in the same vein, a lawmaker from the South South geopolitical zone, said it would be preemptive to begin to comment on the next move of the lawmakers since it has not been ascertained that the president has withheld his assent.

He said that it is left for the lawmakers to prove to Nigerians that they are not rubber stamp, as claimed by Senate President Ahmad Lawan, by overriding President Muhammadu Buhari’s veto.

“The president’s interest should not override Nigerians’ and national interest. It is disheartening that the president who lamented that he was a victim of political corruption before emerging president, has not sent any bill to the National Assembly to deepen democracy and is not keen on acting in the interest of tackling political corruption by signing the Electoral Amendment bill sent to him the National Assembly,” he said.

Also speaking, the Convener, Good Governance Team (GGT), Mr. Tunde Salman, urged the National Assembly to override the presidential veto at least to pass a strong message that the current Assembly is not a rubber stamp legislature as widely believed.

“I am not comfortable that the Attorney General of the Federation (AGF) would now be serving as a clearing house for bills passed by the National Assembly. Where was his office, when the amendments procedures were being considered, to make his inputs?” Salman said.

On their part, a coalition of CSOs said that the president’s delay in signing the bill has created unpalatable suspense and generated avoidable apprehension, although his inaction may not be the final call after December 19.

They said, “This will not be the first time in the last 20 years that the National Assembly will override the president; the 4th legislative session did so and got the NDDC Act passed and operational. The 9th National Assembly has the opportunity of not sharing with the executive the glory that will accompany the new act.”