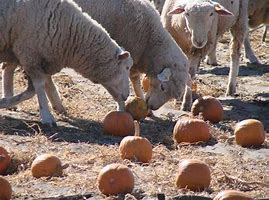 President Muhammadu Buhari has decried prevailing outrageous prices of food, ram and other items in the market, saying the development was not consistent with virtues of Islam.

In his message marking the occasion of Eid-el-Adha being celebrated across the world today, President Buhari appealed to Muslims “to demonstrate the good virtues of Islam through personal examples and practices.”

He said: “As practising believers, we shouldn’t seek obscene profits by making life difficult and miserable for others. We should not seek happiness at the expense of others. Remember that Islam is a religion of charity that urges us to love our neighbour as we love ourselves.

“I urge all Muslims to continue to live in peace and harmony with their fellow Nigerians of other faiths in the spirit of peaceful coexistence. Let us pray for the progress of Nigeria at all times. Let us expose undesirable elements among us who are creating security problems for the country.”

The Guardian had on Monday reported how high prices of commodities were depriving Muslim faithful of quality Sallah celebration despite last Friday’s report by National Bureau of Statistics (NBS) of a declining inflation in the month of June.

The President restated the determination of his administration to create a just, harmonious and prosperous country in which the safety of life and property is assured.

Reflecting on current challenges facing the country, the President stated that “COVID-19 pandemic has taken a heavy toll on the economies of all countries, including Nigeria, in addition to the fact that floods have caused large-scale destruction to agricultural farmlands, thereby impacting negatively on our efforts to boost local production in line with our policy to drastically reduce food importation.”

The President in a statement issued by his Senior Special Assistant on Media and Publicity, Mallam Garba Shehu, in Abuja, explained that the flood menace led to food inflation, which the government is working hard to address.

According to President Buhari, “no government in our recent history has invested as heavily as we are doing to promote local production of about 20 other commodities through the provision of loans and several other forms of support to farmers. Apart from the destruction caused to rice farms by floods, middlemen have also taken advantage of the local rice production to exploit fellow Nigerians, thereby undermining our goal of supporting local food production at affordable prices.”

The President noted that the current insecurity in the country “has produced severe and adverse effects on agriculture because farmers are prevented from accessing their farms by bandits and terrorists.

“Let me also use this opportunity to reassure Nigerians that we are taking measures to address our security challenges. We have started taking delivery of fighter aircraft and other necessary military equipment and hardware to improve the capacity of our security forces to confront terrorism and banditry,” he added.x

IN his message to Nigerians, national leader of the All Progressives Congress (APC), Asiwaju Bola Tinubu, urged faithful not to forget the reason for Eid-el-Kabir. “Let us not forget the poor and vulnerable among us. Reach out to give solace and succour to those unable to help themselves. Show brotherly concern and compassion to all. To be a good Muslim is to be a caring and generous human being.

“The challenges that we face as a nation call upon us to adhere even more closely to Allah’s commands so that we may overcome these challenges and continue to build the just and prosperous society destined for us.”

NATIONAL Chairman of the opposition Peoples Democratic Party (PDP), Uche Secondus, charged Nigerians to be united in prayers against insecurity and collapsing economy. He reviewed the state of the nation and submitted that this period of Eid-el-Kabir offered an opportunity to present Nigeria’s discomforting situation to God for His intervention.

In a Sallah message signed by his media adviser, Ike Abonyi, the PDP chairman noted that “poor leadership was threatening our nationhood.

The blood of thousands of innocent souls being wasted daily in Nigeria at various troubled spots, particularly the stress of school children in the North, should be enough mitigation to plead to God to save this country from destruction.”

According to Secondus, Nigerians should also use the period “to offer fervent prayers for the unity and stability of the nation, which is seriously under threat due to insecurity and biting economic hardship arising from poor leadership.”

ALSO, former Vice President, Atiku Abubakar, reminded Muslims that “Eid-el-Kabir and the stories of Prophets Ibrahim and Ishmael that accompany them, required that we take the whole of humanity as one nation.”

According to Atiku, “the significance of the celebration today is rooted in peaceful co-existence, mutual respect and tolerance. These are the virtues that we, as Nigerians, need to imbibe as we seek to heal our country of all shades of mistrust.”x

IMMEDIATE past Senate President, Dr. Abubakar Bukola Saraki, while congratulating Muslims across the country on this year’s Eid-el-Kabir called on citizens to continue to demonstrate fear of God, which he described as a key ingredient in building a better Nigeria.

Saraki in his Sallah message released in Ilorin and signed by his media aide, Yusuph Olaniyonu, also noted that, like last year, this year’s festival is holding with the pandemic still prevalent, as the challenge has prevented many Muslims from embarking on the holy pilgrimage.

“Only the fear of God will compel leaders to always take decisions that will engender unity, peace, justice, equity and development in the country. Also, if ordinary people display the fear of God, we will all obey the laws and justifiably insist on the government initiating the right policies at all times.

“Therefore, my Muslim brothers and sisters should focus their prayers during this festival period on how Allah can help us to entrench fear of God in our society and in us as individuals, families, governments, corporate bodies and institutions. This is all we need to restore peace, prosperity, development and build a more efficient country that can serve the interest of all and sundry,” Saraki stated.

LAGOS State Governor, Mr. Babajide Sanwo-Olu, has however urged citizens to celebrate with caution in the wake of the third wave of coronavirus infections in Nigeria. The governor also advised them to keep to all the COVID-19 protocols.

Sanwo-Olu in his Eid-el-Kabir message, advised Lagosians, especially Muslim faithful, to imbibe the lessons of sacrifice made by Prophet Ibrahim and work for the peace, stability, unity and progress of the country.

FORMER Minister of State for Defence, Senator Musiliu Obanikoro, has equally urged citizens to eschew violence, killing and maiming of one another, tribalism, segregation, religious bigotry and other societal ills. The former High Commissioner to Ghana in a statement by his Special Assistant, Sulaimon Adebiyi, stated that virtues such as tolerance, cheerful giving, love and togetherness, which are some of the reasons for the season, are needed among Nigerians at this point in our national life.x

On the importance of peace, justice and equity, the APC chieftain harped on the need for dialogue based on equity and fairness. In his words, “as a student of history, I have never heard of any war that was resolved on the battlefield, peace is achieved through dialogue, sacrifices, truthfulness and sincerity, which stem from round table discussions.”

ALSO, the Minister of Defence, Maj. General Bashir Salihi Magashi (rtd.) urged Muslims to render sacrifice for national security and unity in their prayers for this year’s festival of sacrifice. He said the festival of sacrifice with its symbolic slaughtering of rams is an act of expression of individual piety and conformity with Allah’s injunction as contained in the Quran.

The Defence Minister underscored the need for Nigerians to patriotically sacrifice and support national aspirations to end the spate of insecurity bedeviling the nation, pointing out that national security is the responsibility of all. He appealed to Muslims to intensify prayer for peace and stability to reign in the country as a matter of priority in this period of celebrations.

JIGAWA State Governor, Alhaji Mohammed Badaru Abubakar, in his message on Sallah, called on Muslim faithful to devote their prayers during Eid to Allah to end the numerous challenges facing the country and further restore unity among the citizenry.

In a signed by his Senior Special Assistant (Print Media), Ahmad Muhammad Danyaro, the governor noted that the period of Eid-el-Kabir, which coincided with the final hajj rites in the holy land provided the opportunity for Nigerian Muslims to devote their supplication to Allah on the issue of full restoration of peace and unity across the country.

Valentine Ozigbo endorsed by Past _ President Generals as a Sole candidate come 2021: Anambra 2021

INSECURITY: “Silence is not golden”-Senator