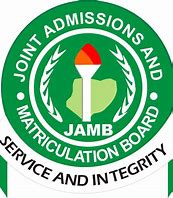 Last week, the Registrar of the Joint Admissions and Matriculation Board, JAMB, revealed the success and failure rates from the recently concluded UTME, which is the only means of securing admission into higher institutions in Nigeria. For the year 2021, over 1.3 million candidates registered for the examination which began on June 19 and ended on July 3 in over 700 accredited Computer Based Test (CTB) centres nationwide. According to Prof Ishaq Oloyede, JAMB Registrar, only 0.06 per cent representing about 803 of this number scored above 300 marks. Reproduced below are the scary statistics from the recent examination, from the Registrar, through news coverage monitored on the National Television Authority.

Many parents have been thrown into perpetual agony every year, due to the inability of their wards to secure admission into any tertiary institution, such that there are youths in Nigeria who have been on the JAMB radar for over five years, waiting for their letters of admission from the ‘almighty JAMB’, as it is now known. The JAMB Act was enacted to commence on December 7, 1989, with a mandate for the agency to perform the following functions, under and by virtue of section 5 (1) (a) – (c) and (2) thereof:

5. (1) Notwithstanding the provisions of any other enactment, the Board shall be responsible for –
(a) the general control of the conduct of matriculation examinations for admissions into all Universities, Polytechnics (by whatever name called) and Colleges of Education (by whatever name called) in Nigeria;
© the placement of suitably qualified candidates in collaboration with the tertiary institutions after taking into account –
(i) the vacancies available in each tertiary institution;
(ii) the guidelines approved for each tertiary institution by its proprietor or other competent authority;
(iii) the preferences expressed or otherwise indicated by candidates for certain tertiary institutions and course; and
(iv) such other matters as the Board may be directed by the Minister to consider, or the Board itself may consider appropriate in the circumstances.
(2) For the avoidance of doubt, the Board shall be responsible for determining matriculation requirements and conducting examinations leading to undergraduate admissions and also for admissions to National Diploma and Nigerian Certificate in Education courses, but shall not be responsible for examinations or any other selective processes for postgraduate courses and any other courses offered by the tertiary institutions.”

What section 5 of the JAMB Act reproduced above has done is to place the destinies of candidates in the hands of a government bureaucracy, which partly accounts for the number of youths trooping out of Nigeria for greener pastures. By including the phrase “by whatever name called” in the reference to tertiary institutions covered by JAMB, it means even universities and polytechnics established and funded by States and private entities have to go through JAMB for admission, through such mysterious criteria like federal character, educationally disadvantaged States, catchment areas, etc. Paragraphs 27-30 of the Part 2 of the Third Schedule to the 1999 Constitution place matters of university, technological or professional education on the Concurrent Legislative List, with power granted to the States to legislate thereon. So, the issue is why JAMB has become the only institution regulating admission into tertiary institutions.

Section 10 of the Act deals with the fund of the Board of JAMB as follows:
“16.  The Board shall establish and maintain a fund which shall consist of –
(a) such sums as may be provided by the Federal Government for the running expenses of the Board; and
(b) such other sums as may be collected or received by the Board from other sources either in the execution of its functions or in respect of any property vested in the Board or otherwise howsoever.”

From the above, it is clear that the primary source of funding for JAMB activities and the discharge of its functions is through government subvention and not to milk hapless candidates and their distressed parents. In reports monitored in the media, JAMB has however turned the establishment Act on its head and transmitted itself into a cash cow for the government.

For clarity, the Act setting up JAMB does not confer on it the power to raise funds for the government, as it is not an agency of government set up to generate revenue but rather to co-ordinate admissions into tertiary institutions. If this can be done free of charge to the candidates who are mostly teenagers, the better for us all, rather than focusing on how much is to be declared in financial terms every year.

Section 10 (a) of the JAMB Act states clearly that the Board is to “establish and maintain a fund”, which connotes a permanent and operational fund, not to be transferred or remitted. According to the learned authors of Merriam-Webster online dictionary, to maintain is “to keep in an existing state, preserve from decline”, such that if JAMB has reached a stage that it has funds in excess after the discharge of its functions, then it should declare its examinations free for a particular period of time until the fund is exhausted to entitle it to charge fresh fees.

We cannot have an institution set up mainly to assist young people to activate their careers and turn itself into a money spinning entity such that it has become one of the main sources of income for profligate politicians who in turn convert these funds to sponsor their own children in highbrow institutions abroad. It is totally unfair.