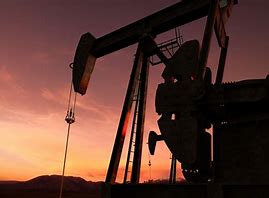 Unable to take advantage of higher oil prices, the call by some major oil consuming nations to release their strategic reserves to check high prices is expected to further reduce projected income from an oil rally, despite low production.

Indeed, oil traded below $80 after the calls to release reserves.

President Muhammadu Buhari had earlier this year reiterated the ambitious goal of ramping up crude oil production to at least four million barrels per a day, and building a reserve of 40 billion barrels. However, instead of increasing, the reserves and daily production are on a free fall. Besides, the goal has been a mirage for the past 10 years.

While the 2021 yearly Statistical Bulletin of the Organisation of Petroleum Exporting Countries (OPEC) had shown a drop of 543 million barrels in the crude oil reserves of Nigeria, the country is currently unable to meet its OPEC quota of 1.66 million barrels per day as daily production stands at about 1.2 million slightly below what Libya is pumping.

The reality is a direct opposite of the projection set by the Minister of State for Petroleum Resources, Timipre Sylva; Group Managing Director of Nigeria National Petroleum Corporation (NNPC) Limited, Mele Kyari and the Chief Executive of the Nigerian Upstream Regulatory Commission, Gbenga Komolafe. Increased production and reserves had topped agenda for them and the people they succeeded but prevailing reality is far below par.

As of 2016, when the current administration settled into office, oil reserves were about 37.4 billion barrels but it has fallen to 36.9 billion barrels. Daily production, which almost hit two million barrels, now hovers at 1.2 million.

Recall that the Federal Government is proposing a N16.39 trillion budget with a daily crude oil production benchmark of 1.6 million; the current hurdles meant that the deficit of N6.25 trillion in the budget would increase.

It should also be considered that while the deficit is 3.39 per cent of GDP, it is already higher than the three per cent ceiling set by the Fiscal responsibility Act 2007 (FRA).

WITH projected falling revenue from oil amid subsidy payment, Nigeria’s deficit is expected to be financed by new borrowings, privatisation proceeds and drawdown on loans secured for specific projects, experts at PwC had noted.

By implication, improvement in the value of naira against dollar in the coming year may be dismal, while excess crude account depletion may persist in the face of foreign exchange crisis.

This implies that Nigeria is now contending with fresh challenges in the oil and gas sector. Some experts attributed the challenges to the growing security tension across the country, divestment by international oil companies and the inability of the new legislation in the sector to spark optimism as the government’s move is being frustrated by the push away from fossil fuel.

The Guardian had reported that Shell Petroleum Development Company’s (SPDC) divestment in Nigeria is estimated at $2.3 billion. ExxonMobil is also currently divesting from its shallow water joint ventures. Total had in recent times completed a $1 billion worth of onshore divestments.

Amid these challenges, The Guardian gathered that the Buhari-led administration may only be enjoying investment made in the sector by previous administrations as funding of joint ventures (JVs) has been a major challenge for the current administration.

In addition to long delays in conducting bid rounds, an earlier plan by the government to reduce its JVs by allowing new investors into the sector was only lip service.

It was only recently that the Federal Government through the NNPC paid $266.141 million out of an outstanding balance of $1.730 billion of JV cash calls in the last one year.

The Guardian had reported that over $150 billion worth of projects, especially upstream segment, risk getting stranded in Nigeria. Part of the reasons for stalling some of the projects included legal battles, with over 8,000 cases pending appeal at the Supreme Court alone.

It was until recently that the Department of Petroleum Resources (DPR) now NUPRC introduced an alternative dispute centre. As of September this year, about 300 legal battles in the industry, which had been stalled for the past 20 years in courts, were resolved through the alternative dispute resolution.

Oil and gas expert and public affairs analyst, Nick Agule, attributed the situation in the sector to the gloomy investment climate, delays before passage of PIB as well as government inaction to attract investors.

According to him, government participation in the JVs starves oil companies of funding as government coffers are empty due to high debt service and recurrent expenditures, including trillions wasted on subsidies.

Agule also blamed the lack of transparency in the sector, including the recent marginal fields bid rounds, adding that insecurity through banditry, kidnappings, terrorism, and secessionist agitations especially in the oil belt of the Niger Delta posed huge discouraging factors to investors.

“The time has come for Nigeria to think less of oil and more of renewable energy and perhaps, gas as a transition energy. We’ve lost all the opportunities oil and gas offered us and no need crying over spilt milk! Let’s move on to renewables before we lose out a second time,” he said.

A geologist, who pleaded anonymity, told The Guardian the morale of operators in the upstream sector industry is low, stressing that the Petroleum Industry Act (PIA) appeared to have arrived a little too late.

“It is almost certain that with the current mantra of diminishing market for fossil fuel as energy source, the target of four million barrels per day sounds unattainable. Likewise, the set target of 40 billion barrels reserves may be a pipe dream due to paucity of the right level of investments.

“Lack of qualitative leadership and focused policy articulation by the government in the past five years may equally have contributed,” he said.

A MEMBER of the Governing Board of NEITI, who is also the Director, Institute for Oil, Gas, Energy, Environment and Sustainable Development (OGEES Institute), at Afe Babalola University, Prof. Damilola Olawuyi, stated that the decline in the price of oil, as well as the emergence of a low carbon energy world order, created an uncertain and complex outlook for oil and gas markets generally and may continue to see more of such decline in production activities across the world.

According to him, the Nigerian oil and gas market is particularly more vulnerable due to perennial challenges relating to insecurity, sabotage, regulatory uncertainties, and collapse in host community relationships, occasioned by many years of weak implementation of environmental protection laws.

These factors, to him, impact production activities as some companies are divesting their assets as a result of the increasing risks and costs associated with developing those assets.

Olawuyi said the new PIA provides succour for the new fiscal regime with significantly lower oil royalties and taxes, as well as clear and comprehensive commitment towards environmental restoration.

“Also, through the efforts of agencies such as the Nigerian Extractive Industries Transparency Initiative (NEITI), there is increased focus on good governance, transparency and environmental compliance, which is gradually improving host community confidence and good relationships.

“These developments create significant upsides for competent investors, and if sustained, should result in gradual stability in production activities in the Nigerian oil and gas sector. At the same time, regulators will need to continually map out long term strategies to promote green growth in the Nigeria oil and gas industry in a manner that holistically responds to the ongoing global energy transition,” Olawuyi said.

A renowned professor of energy economics, Wunmi Iledare, said industry watchers are not surprised about the prevailing situation, linking the reality to the failure in reforming the sector.

“No investment to expand capacity to produce proven reserves because of lack of enabling business environment. Insecurity of assets and life drove key investors away from the onshore terrains with significant resources to be unlocked.

“There is noticeable skewness in the governance of the industry in the direction of political expediency rather than efficiency and industry efficacy,” he said.

According to him, despite abundant developed reserves, production capacity is delimited because of policy somersaults, insecurity and global recession.”

CEO, Nigerian Oil, Gas and Power Forum and Managing Partner, BBH Consulting, Ameh Madaki, noted that while a sustained oil and gas production at high volumes is driven by investment and a stable operating environment, none of that exists in Nigeria at the moment.

He noted that the downward trajectory being witnessed in the oil and gas sector was not strange, adding that the development is expected to continue in the medium to long term unless informed professional advice is sought and acted upon.

MEANWHILE, the Federal Government at the weekend insisted that the current pump price would remain for now with the expected high rate of travel during the festive period.

Presently, petrol sells at N162/163 per litre in most major petrol stations with independent marketers selling at N165/litre.

The Chief Executive Officer of the Nigerian Midstream and Downstream Petroleum Regulatory Authority (NMDPRA), Engr. Farouk Ahmed, assured consumers that there would be no price increase in the immediate future.

Ahmed, who was represented at the event by Ogbogu Ukoha, Executive Director, Distribution Systems, Storage and Retail Infrastructure, said the government was working hard to resolve the challenges faced by operators.

According to him: “I will like to assure everybody that it is mere speculation. There will be no increase in the pump price, not in the near future. This is peak consumption period for Nigerians. Our focus must be on the average Nigerian who is on the street.

“People will be travelling now and so, you don’t increase pump price arbitrarily like that. The pump price will be maintained and Nigerians should feel free to travel.”