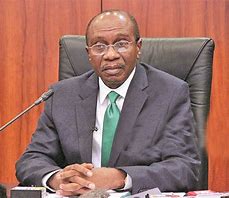 But the eNaira take-off is causing unease in the banking sector even as the concept note has admitted the project could unsettle banks as it comes with disintermediation risk.

Amid the anxiety, some experts have warned that eNaira is just one of the disruptive technologies banks will need to accept and adapt to; to avoid being overrun.

The launch will put Nigeria on the global Central Bank Digital Currency (CBDC) tracking map as the fifth country to launch a centralised national electronic money after the Bahamas first unveiled its version in 2017.

Nigeria’s unveiling was earlier scheduled for October 1, 2021, but the apex bank said it was postponed owing to other national activities to mark the country’s 61st Independence anniversary. President Muhammadu Buhari will do the unveiling at the State House, Abuja.

The project kicks off as the global community embraces the race for CBDC creation. Today, about 10 central banks are in the pilot stage of their CBDCs, while six have executed proof of concept. Some countries, including China, are positioning their digital currency project as the lead strategy for internationalising their currencies.

Central banks around the world, most notably in China, the United States and the United Kingdom, are actively considering whether to adopt or create their own CBDC. The geopolitical pressures are high, with China far enough along in trials that it plans to roll out this new currency for international visitors as early as the 2022 Winter Olympics in Beijing.

Other countries, keen to embrace the “tech revolution,” are vying to be early adopters of CBDCs. South Korea, Sweden, Cambodia, the Bahamas and Hong Kong are among various countries with pilot programs.

On the readiness of the underlying infrastructure for the rollout, Director of Corporate Communications at CBN, has notified that the apex bank was fully ready.

There is a little tension in the financial system on how the implementation would affect commercial banks in dealing with their role of intermediation.

A professor of economics and international finance expert, Ken Ife, said banks, like other industries, have no control over the evolution and impacts of blockchain. He said bankers would either smartly retool their operations to leverage the new technology or be left behind in the process.

“Technology is the definition of all means of production and exchange; there is no limit. Blockchain technology has come to stay. It is about what you can do with it. It will affect the banking sector like every other sector. It will render the traditional model of banking that comes with high costs useless. The banks will either embrace it in a constructive way or they will be overtaken by the revolution,” Ife stressed.

Also, Vice President of Highcap Securities Limited, David Adonri, said the fear expressed by bankers “is real as much of the revenues are truncation-based.” He wondered how the banks could play in the ecosystem, which is expected to be peer-to-peer (P2P)-driven.

But in the design note, CBN said the eNaira “complements existing banking products and services and will not destabilise existing system”.

Users are also expected to be linked with a commercial bank for complaint with Anti-Money Laundering and Combating the Financing of Terrorism (AMT/CFT) guidelines even as Nigeria’s CBDC leans towards the account model.

“The eNaira payment system will be compliant with AML/CFT guidelines to ensure integrity of the financial system. To achieve this, CBN has adopted an account-based CBDC. Through this option, CBN will be able to identify users on the platform using the identified frameworks: Bank Verification Number (BVN) and National Identity Number (NIN).

“However, considering that the CBN is adopting a platform to market model, it means it would rely on financial institutions and other payment service providers to deliver layered value-added services on the eNaira platform. The CBN as such alluded to the fact that the role of AML/CFT checks will be handled by financial institutions, who have proximity and provide value-added services to customers.

“To facilitate this process, customers will have the option to choose their preferred banking partner during the onboarding process and customers will be linked to that bank. The linked banks will as such be responsible for performing AML/CFT checks on the users and ensuring overall compliance,” the apex bank said in the concept note.

There is, however, no sufficient information in the document to show how banks will make revenues from their role in the implementation of the digital naira.

The eNaira, as it is conceived, is an alternative payment system and store of value for households and businesses to hold and use. To establish the ecosystem, users will need to convert some of their existing bank deposits into eNaira to hold in their wallets.

The CBN admitted in the project design that conversion of bank deposits to eNaira could affect the banks in the form of reduction in deposit liabilities and availability of funds for bank lending, negative impact on the ability and capacity of banks to lend to the real economy, fall in liquidity and challenges in liquidity management, as well as fall in credit assets and shrinking of the balance sheet.

It added: “The shrinking of the industry’s balance sheet is the disintermediation process. While the risk of disintermediation is an inevitable consequence of an effective CBDC adoption, the risk-return trade-off is a key consideration. Although banks can effectively mount a response by shifting from retail funding towards more wholesale fund sources, this could potentially affect their overall cost of funds, high interest on credit assets, negative impact on profitability and disruption of the existing strategies, which banks have tailored to the retail market.

“Specifically, patterns of stringent capital management measures may emerge as banks maintain a conservative stance in lending and reassess their investment in financial inclusion drive, which is a long-term objective towards creating new value for their business. The CBN is wary of this risk and has restricted the eNaira payment system to micropayments.

“In addition, limits have been placed on wallets to enforce this. The CBN has also reiterated its focus on reducing cash usage, which is outside of the commercial bank money and looking to drive its introduction into the banking system.”

In realisation of the disintermediation risk, which CDBC theorists have agreed would trigger bank runs, the daily transaction is capped at N500,000 for premium users. The design paper has broken the categories of users into four. Daily transactions and cumulative balances of the top users are pegged at N500,000 and N5 million respectively.

The top two categories of users are required to have account numbers with BVN and bank accounts, but the second top users are tied to maximum daily spending of N200,000 while their maximum daily cumulative balance is N500,000.

The least users, who are only required to hold telephone numbers while awaiting the National Identity Number (NIN), are entitled to an upper daily spending limit of N20,000 and a cumulative balance of N120,000. This category refers to millions of financially excluded Nigerians.

Corporate users, according to the design, can also create wallets without limits. The CBN regards BVN and NIN as unique identifiers for the operation of wallets by individuals.

“Based on this tier structure, the BVN and NIN will serve as unique identifiers. Each wallet is tied to a BVN or NIN depending on the tier and can only be used once to prevent duplicate identities and wallet creation on the eNaira platform.”

The CBN has highlighted the benefits of eNaira to the economy to include the deepening of financial inclusion; but Adonri disagrees, saying the level of illiteracy in the country will restrict the adoption to the elite, as millions of unlearned Nigerians might be unable to key into the system.

Godwin Owoh, a professor of applied economics, said eNaira portrays the CBN as both regulator and player, adding that the regulator has abandoned its core mandates, including price stability, for activities that have little or no value.

“For some time now, the CBN has shown class more as a commercial bank rather than as a monetary authority. Hence, price stability suffers a considerable lack of attention. The eNaira is a giant stride by the CBN as a partisan political make-belief, lacking in grandeur as an economic solution set. The price environment showcases a regime of runaway inflation anchored on a currency crisis.

“Apart from the heightened situation of collapsed confidence in the integrity of the monetary authority, save as a paper money printing machine for the government, the Nigerian economy today is contrived without an accountable and responsive monetary policy. Situations like this project policy phantomisation and the maximisation of what needs to be minimised,” Owoh insisted.

The professor added that with “the current spate of lacklustre banking sector regulation where the banks and the regulator share roles and functions as operational equal partners,” the eNaira would rather downgrade the value of the naira.

At a forum organised by the Chartered Institute of Bankers of Nigeria (CIBN) recently, the Director-General of the Securities and Exchange Commission (SEC), Lamido Yuguda, said eNaira should be positioned to compete in the cross-border payment system.

The launch today may have given Nigeria a first-move advantage but the design parameters, as Yuguda noted, would determine the competitiveness of eNaira in both regional and global payment markets.