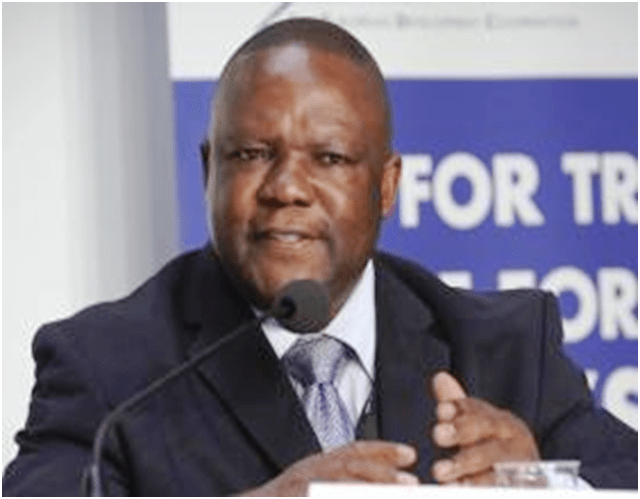 Dr. Obadiah Mailafia, former Deputy Governor of the Central Bank of Nigeria, who died in the early hours of Sunday, September 19, 2021 at the age of 64 at the University of Abuja Teaching Hospital, Gwagwalada, after a brief illness, has received several condolences since departure. Many leading organisations, including the Northern Governors Forum; Christian Association of Nigeria, Southern Kaduna People’s Union, Arewa Consultative Forum, National Consultative Front, amongst others, have since mourned the passing of the developmental economist.

His death shocked many Nigerians who looked up to him for his audacious voice against perceived official tardiness that has contributed to the crisis being experienced in certain sectors of the national life, including the economy.

Though the Presidency has not issued any condolence message on the death of Mailafia five days after, it has condoled with legendary juju singer, Sunday Adegeye aka King Sunny Ade, on the death of his wife, Risikat Adegeye, who died on Tuesday.

The Presidency has also expressed sadness over the death of the Emir of Gaya, Ibrahim Abdulkadir, who died on Wednesday, September 22, a clear four days after Mailafia’s demise.

This is even as the administration had also congratulated, on September 21, the Prime Minister of Canada, Justin Trudeau, on his re-emergence after a hard fought snap election.

The Kaduna State Government, the home state of the deceased economist, has also not issued any condolence message on the demise of Mailafia; but the Benue State Governor, Samuel Ortom, has described Mailafia as a true patriot, saying that his death was painful to Nigerians, especially the people of the Middle Belt.

Efforts to reach presidential spokesman, Femi Adesina, proved abortive, as he neither took calls to his line nor replied to a text message sent by our correspondent on the matter.

Also, efforts to reach the Minister of Information and Culture, Lai Mohammed; as well as his spokesman, Segun Adeyemi, were unsuccessful as their lines were unreachable, while text messages sent to their lines were not replied as of press time.

Muyiwa Adekeye, Special Adviser on Media and Communication to Kaduna State Governor, Nasir El-Rufai, did not take calls to his line and did not reply to a text message sent by The PUNCH.

A correspondent contacted CBN Acting Director, Corporate Communications Department, Osita Nwanisobi, but when the matter was raised in a phone conversation on Thursday morning, he said, “Can you please send whatever you want to my phone?”However, he had yet to reply to a text message sent on the matter.

Meanwhile, controversies have since trailed the demise of the Kaduna State indigene as the Middle Belt Forum alleged that he was shabbily treated by doctors at the hospital. The hospital management had denied the allegations, saying the doctors did all they could to save Mailafia’s life.

As a consistent ferocious critic of the Buhari regime, in September 2020, Mailafia alleged that a northern governor was a Boko Haram commander and moneybag. The Department of State Services and the Nigeria Police Force invited him to their Abuja and Jos offices several times, quizzing him, forcing him to recant his statement.

The former deputy governor, who was the Presidential candidate of the African Democratic Congress in the 2019 election, was an unapologetic critic of the Buhari regime and had advocated for public sector and exchange rate reforms.

He had also lamented that Nigeria was operating a “dollarised” economy which was hampering economic growth.

Speech By Chief Obafemi Awolowo To Western Leaders Of Thought, In Ibadan, 1 May 1967