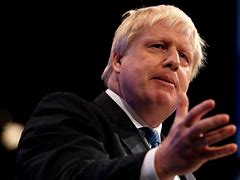 Prime Minister Boris Johnson on Monday revealed plans to lift most of England’s coronavirus restrictions, including face masks and social distancing from July 19, urging personal responsibility rather than government edict.

Johnson had initially aimed for a full reopening on June 21, but was forced to push back the date because of a surge in the highly contagious Delta variant.

That variant now accounts for nearly all new Covid-19 cases in Britain, and infection rates have soared, sparking concern.

But mass vaccinations have stopped a resultant surge in hospital admissions or deaths.

“This pandemic is far from over, it certainly won’t be over by the 19th,” warned Johnson. “We must reconcile ourselves, sadly, to more deaths from Covid.

“There’s only one reason why we can contemplate going ahead… in circumstances where we’d normally be locking down further, that’s because of the continuing effectiveness of the vaccine rollout.

“We will move away from legal restrictions and allow people to make their own informed decisions,” he said.

Around 86 percent of British adults have had their first dose of a coronavirus vaccine, and 63 percent their second dose.

But the government’s emphasis on personal judgment was met with concern by scientists, who worry that hospitals and medics could yet be stretched anew if the Delta variant runs amok or new strains emerge.

“Allowing people to make their own choices on this is, effectively, handing control of the safety of such spaces over to the least informed, least caring and indeed the most callous members of society,” said Peter English, former chair of the British Medical Association Public Health Medicine Committee.

England’s chief medical officer Chris Whitty said he would still wear a mask “in any situation which is indoors and crowded” or “if someone else is uncomfortable as a point of common courtesy.”

And he hinted at possible tension between scientists and ministers, telling a news conference: “Ministers decide, advisers advise.”

A snap YouGov poll meanwhile suggested that 71 percent of Britons believe face masks should continue to be mandatory on public transport.

The leader of the Labour party, Keir Starmer, told journalists that the decision “to throw off all protections at the same time when the infection rate is still going up is reckless”.

After Russia, Britain has the highest coronavirus death toll of any European country, at more than 128,000, but has been gradually transitioning out of its third lockdown imposed in January.

The remaining restrictions in England encompass requirements for social distancing and wearing masks indoors in public, bans on most outdoor large events, and guidance for people to work from home.

The government has already relaxed the ban on major events to allow 60,000 football fans to attend the semi-finals and final of the European Championship at London’s Wembley stadium — two-thirds of its capacity.

The first semi-final is Tuesday and the England team play in the second one on Wednesday — although German Chancellor Angela Merkel last week told Johnson that he was risking too much by permitting so many fans.

The UK government is meanwhile expected later this week to set out plans for fully vaccinated Britons to travel to “amber” countries, which includes most of Europe, without having to quarantine for 10 days on their return.

But Germany and other countries in Europe show no sign of relaxing their own rules to allow in unrestricted numbers of British holidaymakers this summer.

As a result, most Britons will have to remain content with vacationing at home, but will have the attraction of summer music festivals under the planned easing.

They can also anticipate an end to social distancing in pubs, the reopening of nightclubs, and the scrapping of a requirement to register their personal details every time they enter a pub or restaurant.

The UK’s other nations — Scotland, Wales and Northern Ireland — set their own health policy and are moving more slowly.