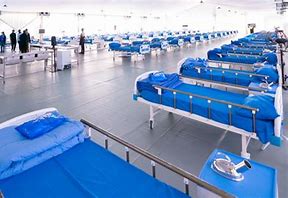 The Lagos State Ministry of Health has said that over 500 deaths have been recorded in isolation centres across the state.

Ogunbanwo explained that inbound travellers contributed to the increasing fatalities recorded in the state.

Though he said over 500 had been recorded, data on the website of the Nigeria Centre for Disease Control showed that Lagos has recorded 47 deaths as of the 21st of August.

Part of the statement read, “The COVID-19 Third Wave that Lagos and other parts of Nigeria are experiencing is as a direct result of the importation of cases from other countries where the pandemic is very active.

This is why travel guidelines are so important in minimizing the impact on our citizens and economy. Lagos State Government has observed a disturbing trend of false accusations by some defaulting international travellers about the implementation of COVID travel protocols as laid down by the Federal Government, especially around inbound travellers from the RED listed Countries like South Africa, India, Brazil, and Turkey.

“Since the commencement of the isolation of passengers from the red-listed countries, the Lagos State response has successfully quarantined 4,448 passengers as of the 19th of August 2021 and identified 58 POIs who tested positive to the COVID-19 virus, despite a negative test on arrival; and would have hitherto contributed to the ongoing third wave which has claimed over 500 deaths recorded at our isolation centers.

“The State Government is, in fact, now more committed than ever to fully implementing all COVID protocols without fear or favor. Our conviction of ensuring public health security and safety outweighs any other considerations.

“Severe sanctions await inbound travelers and passengers who flout the protocol of the Federal and State COVID pandemic law. Citizens need to realize that we are in the middle of a serious pandemic and that it is through shared responsibilities that we can overcome this pandemic. Residents are also encouraged to resist the urge of supporting passengers in defaulting the required protocols.”

Also, the ministry spokesperson said an inbound passenger has been sued for allegedly breaching coronavirus protocols in the state.

He explained that due to the alleged failure of the passenger to comply with international travel protocols, the state also withheld her passport.

“Of note is the case of a passenger, who flew in from South Africa. She attempted to bypass the system established to safeguard our citizens and as a result, has put several innocent people at potential risk of contracting COVID-19.

“Following our investigations and evidence produced, her claims are totally false, and she would be made to face the consequences of the Coronavirus Law of 2021 based on the allegations that have been levelled against her in a court of law.

INVESTIGATION INTO ORIGINS OF CORONA VIRUS: US Joins Australia, Japan and Portugal In a Call for Transparent COVID Investigation