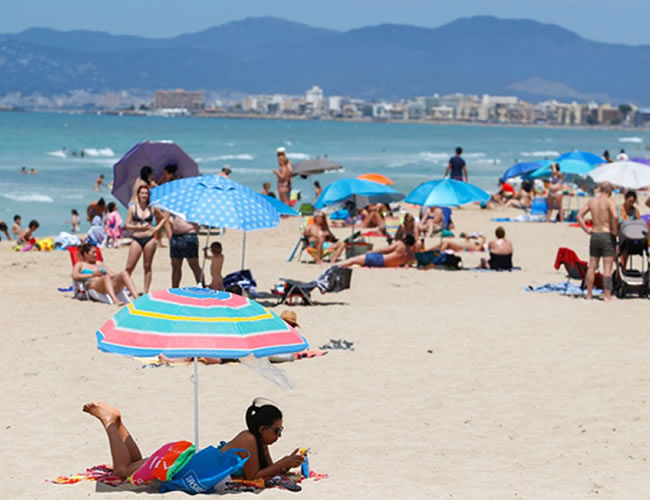 The EU opens to nations beyond its borders, but the US and China must agree to be reciprocal before they are included.

The European Union has given approval for people travelling for business or leisure from 15 countries beyond its borders to enter the bloc from today.

The 27 member nations gave majority approval on Tuesday to allow non-essential travel from its initial “safe list” of countries, which excludes the United States where there has been a huge rise in COVID-19 cases.

The UK and four other non-EU states – Iceland, Switzerland, Liechtenstein and Norway – are automatically included as being “safe”.

China has also been provisionally approved, although travel would only open up if authorities also allowed in EU visitors.

Reciprocity is a condition of being on the list which will be updated every 14 days, with new countries being added or dropped off depending on whether they are keeping the pandemic under control.

Russia, Brazil and Turkey, along with the US, are among countries whose containment of the virus is considered worse than the EU average.

The US has the world’s worst coronavirus outbreak, with nearly 2.6 million people confirmed infected and more than 126,000 dead, according to a tally by Johns Hopkins University.

More than 15 million Americans are estimated to travel to Europe annually, and the delay could be a further blow to virus-ravaged economies and tourism sectors on both sides of the Atlantic.

The US could soon see 100,000 new cases of coronavirus every day, the country’s top infectious diseases expert has warned

Around 10 million Europeans are thought to cross the Atlantic for holidays and business each year.

The EU’s move is aimed at supporting the travel industry and tourist destinations, particularly countries in southern Europe hardest hit by the COVID-19 pandemic.

It acts as a recommendation to EU members, meaning they could, potentially, individually set restrictions on those entering from the 14 nations.

The decree does not apply to travel to the UK, which left the EU in January.

The UK now requires all incoming travellers – bar a few exceptions like truck drivers – to go into a self-imposed 14-day quarantine, although the measure is under review and is likely to ease in the coming weeks. It also applies to UK citizens.

Within hours of the EU announcement, Italy, which has one of the highest COVID death tolls in the world, said it would opt out and keep quarantine restrictions in place for all nations that were not part of the free-travel Schengen area.

Canada said it was extending its mandatory quarantine order for travellers until at the least the end of August and a travel ban for most foreigners until the end of July.

Malta reopened its airport on Wednesday to allow visitors from several European countries, but the move will not include Britain, which accounts for 30% of the island’s tourist arrivals.

The reopened connections include cities in France, Germany, Spain and Italy, with hopes to widen to the UK soon.