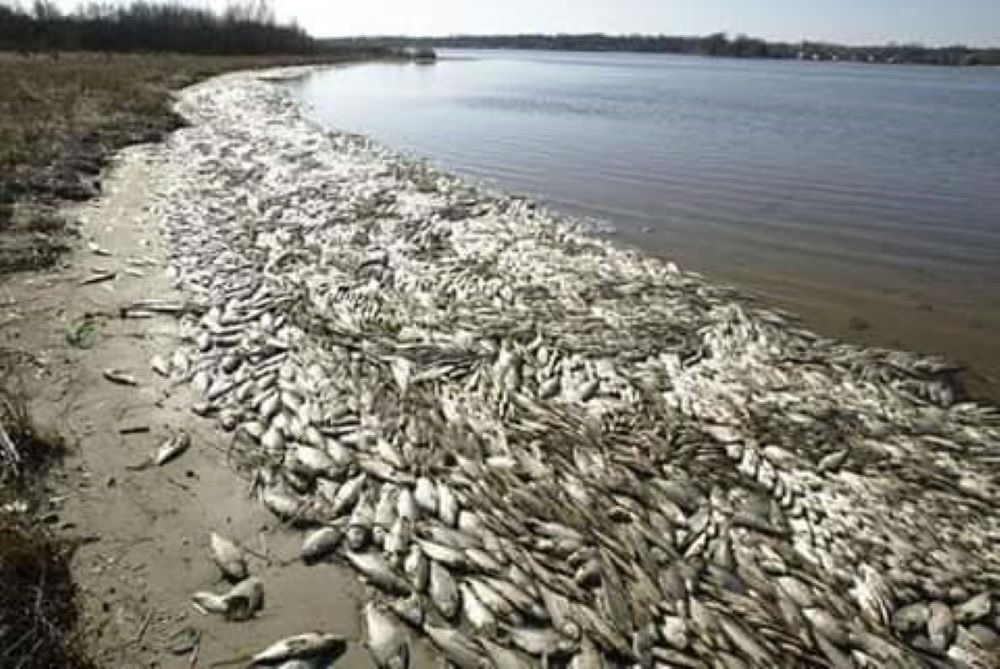 Costal communities of the Ijaw Nation is under threat due to oil and gas activities in the area both onshore and offshore. Recently  members of these communities has experienced a surge in the surfacing of dead fishes littering its coastlines and internal creaks including oil the flow of crude oil on the waterways, creeks, forests and mangroves.
There is a barrage of oil and gas facilities surrounding these communities, it is also clear that the companies who own these facilities are not pertubed in reality of the environmental impact of these facilities to the host Communities except of course in the media or on papers.
There is a crisscross of pipelines both onshore and offshore including other facilities like oil derigs and FPSOs belonging to Shell, NNPC, Agip, Total, NPDC, NLNG, Mobil etc. We strongly and reasonably believe that there are gas leakages from some of these under-water pipelines conveying gas to NLNG resulting to the poisoning of some marine lives that couldn’t withstand the hazard leading to the floating of thousands of croaker fishes and others on the shorelines of Bonny, andoni etc. It will suprise the world to know that these companies and Government Agencies are not physically doing anything reasonable to curb the menace caused by the business activities.
We witnessed leakages in Adamakiri  and there is a pipeline maintenance operation been carried out by Anmortor Nigeria Limited in a manner that have huge consequences on environmental sustainability and ecological succession. There were also leakages found at Oloma in Bonny Local Government Area and NNPC pipelines in Okrika Local Government Area. These unhealthy and hazardous occurrences and ways of handling oil and gas activities in our communities is very dangerous and turning our communities in to a den of death and misery. The irresponsible spate of negligence and recklessness shouldn’t be recorded in this 21st century.
Oyorokotor in Andoni Local Government Area happens to be the largest fishing port in Africa, is currently in danger as a result of unchecked dredging activities. The contractors has failed to adhere to any form of environmental impact assessment whatsoever hence, their work is causing an erosion of the shorelines which will now require shore protection to keep the environment safe from further degradation. The area is one of the hardest hit by the floating fish incident and the affected people has made appeals to the Rivers State Government, IOCs, Federal Ministry of Environment and Ministry of Niger Delta Affairs respectively but no response yet.
This unfortunate incident if not speedily addressed, the negative impact it now has on the survival of Ijaws, will get worse as a result of its noxiousness to our environment which include and not limited to the destruction of our air quality, the poisoning of our waterways, destruction of our farmlands and the killing of Acquatic and marine seafoods. Therefore, we call on the Federal Government via the the Ministry of Niger Delta Affairs, the Ministry of Petroleum, NEMASA and other key stakeholders like General T.Y Danjuma Rtd, IOCs, His Excellency Alhaji Atiku Abubakar to come to a round table and profer effective and lasting solutions to these problems.Signed:Comrade Tobin James acting chairman IYC Eastern zone and member IYC National transition and implementation committee.