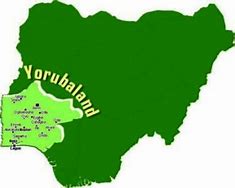 I write on behalf of the Yoruba Descendants. As you know, on 23 July 1888, Her Majesty, the Queen of Great Britain and Ireland entered into a treaty with the Alafin of Oyo and Head of Yorubaland. We, the Yoruba Descendants, respectfully request that HMG, of which you are Prime Minister, on behalf of the Queen, honour the terms of the said treaty in full.

As you are no doubt aware, the 1888 treaty was a peace and friendship treaty. The preamble to the articles of the treaty said this: ‘…all Yoruba-speaking peoples, being desirous of entering into, and maintaining forever, friendly relations with the subjects of Her Majesty, the Queen of Great Britain and Ireland…’. The Queen in this treaty accepted Yoruba sovereignty and she understood that the Yoruba would continue to live where they were forever. The treaty had no intent of infringing on Yoruba sovereignty. It established close ties between Yorubaland and Great Britain. It signalled an independent relationship between the two nations. The treaty set the terms of coexistence that entailed respect and mutual assistance.

The 1888 treaty established a trade agreement between Yorubaland and Britain, the object of which was to develop resources in Yorubaland. The preamble to the articles of the treaty said this: ‘…developing the resources of Yoruba by means of legitimate trade with the subjects of Her Majesty…’. The treaty thus established an alliance between Yorubaland and Britain, and made specific and direct linkage between trade and development. The Alafin pledged in Article II: ‘…to show no favour and to give no privilege to the traders or people of other countries…’. The 1888 treaty thus established the Yoruba-Britain trade on the most-favoured-nation basis, as also confirmed in Articles III and IV of the treaty.

As you are no doubt also aware, the 1888 treaty was a defence treaty too. The treaty gave Britain jurisdiction over disputes between the Yoruba and other nations. Article V said this: ‘…all differences or disputes that may arise other than trade disputes between my people [Yoruba] and those of other nations…shall be adjudged by me or referred for adjustment and settlement to the decision of an arbitrator appointed by the Governor of Lagos [representing the Queen]…’. Britain further undertook to protect the territorial integrity of Yorubaland. Article VII said this: ‘…no cession of territory…shall be made…without full understanding and consent of the Governor for the time being of the said colony of Lagos.’

The treaty concluded with a consideration; a quid quo pro. Article VIII established that the Alafin was to be paid ‘a yearly dash’ for ‘…faithful observance of the foregoing Articles of the Agreement…’. It is unusual to add a consideration clause to a treaty between nations. The addition of that clause in this instance signalled that this agreement was intended to be legally binding forever on both parties. Based on the 1888 treaty, there ought to have existed a special relationship between Yorubaland and Britain as there was, for example, between Tonga and Britain.

Based on all the aforesaid, we the Yoruba Descendants, respectfully request that HMG, on behalf of the Queen, declare as follows:
1.The Alafin has fulfilled his side of the bargain and the Queen will now do the same.
2.The incorporation of Yorubaland into Nigeria by Amalgamation in 1914 violated the 1888 treaty, which made that Amalgamation null and void.