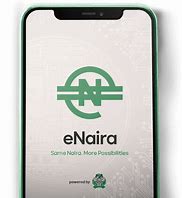 The Central Bank of Nigeria (CBN) has onboarded over 488,000 consumer wallets and about 78,000 merchant wallets, with downloads coming from over 160 countries.

The statistics, which was obtained from the apex bank by The Guardian at the weekend indicated that almost 17,000 transactions amounting to over N62 million with the average transaction being about N3,800 each were recorded as well.

The CBN said statistics had shown that the adoption of eNaira had been excellent.

The apex bank also claimed that the project had received positive reviews from Nigerians, noting that the multi-layered security encryption of the digital currency has enhanced its security. It stated this at the Editors’ Master Class with the theme ‘Central Bank of Nigeria Interventions as Fulcrum for Economic Diversification’, an event organised by the Centre for Financial Journalism in Lagos.

Speaking at the programme, the Director of Corporate Communication Department of the bank, Osita Nwanisobi, said the regulator’s interventions reflect the people-centric management approach of its current leadership.

Nwanisobi said the interventions were a conscious effort by the CBN to ensure that all Nigerians, especially the ordinary folks, benefit from the economy.

“These interventions do not just happen, they are well-thought-out responses by the CBN to exigencies. You would recall that when he (Godwin Emefiele) assumed office in 2014, he promised to run a people-centric CBN and a financial system that would meet the needs of the average Nigerian,” he stressed.

Nwanisobi said the interventions were responses to market failures, stressing that no responsible central bank would sit back and watch the economy collapse.

He traced the evolution of interventions by the CBN to 1979, saying the global financial crisis of 2008/2009 threw up multiple challenges the CBN had to respond to.

On the prospect of eNaira, a development economist, Henry Adigun, who spoke with The Guardian, said awareness about the workability of the digital currency was still low among most Nigerians.

He explained: “There is much ado about the currency, which most people do not understand. CBN has so far run a poor education campaign. The e-currency seems to be a subtle way of CBN competing with banks. Most persons are not certain if this is a cryptocurrency or just an innovation-based on the existing e platforms.”

Adigun, however, pointed out some benefits inherent in eNaira. He submitted that the adoption should lead to the cheaper cost of transactions and the cost of printing currency should reduce, saying: “All that, however, depends on acceptance by the people, penetration and, most importantly, the strength of the platforms.”

He insisted that there were questions still unanswered by the CBN, adding that the regulator should do more on educating the public so that the innovation would work at all levels.

Also, an associate professor of economics and the immediate past General-Secretary of the Nigeria Labour Congress (NLC), Dr. Peter Ozo-Eson, insisted that as long as it is linked and part of the total money in circulation, it will not make much difference in the monetary framework.

His argument: “The possible positive gain is simply in the efficiency of exchange. Instead of bothering with physical money and the challenges that bring, people can now do transactions even across the border without having to carry much money or the hazards associated with physical lifting of cash will all be eliminated. Those are the efficiencies that can be reaped from the process.”

Going down memory lane on the adoption of technology in the financial sector, Ozo-Eson urged the CBN to create safety measures to prevent the stealing of funds by hackers.

“However, we know that our attempt at technology-based financial instruments thus far has been effectively prone to hackers and stealing of funds. To do the ordinary transfer of funds, people can hack into accounts and do transfers. Those hazards that Nigerians have experienced in the case of electronic-based handling would probably be going to be more in e-currency. The operators need to ensure that they find ways to block such possible abuses for this initiative to work. The degree at which we can make the system more robust is what is important to minimise those negative possibilities,” he said.

He does not share in the optimism about the possibility of the eNaira to add about $29 billion to the gross domestic product (GDP) in the nearest future.

He said: “It is not a major deal in terms of monetary management. All the talks about how much it will add to GDP over the years are nothing but speculative. Yes, there can be positive gains for the GDP because of the expected efficiency in transactions, but other than that, it does not generate income on its own. Therefore, I think we should not overstress its potential impacts on the GDP.”

He also disagreed with the notion that the CBN is looking to participate in the money transfer market, which is dominated by the banks and other participants in the private sector.

“I don’t think it is the same thing with money transfer. Money transfers require three parties at the minimum. The three are the person doing the transfer, the receiver and the medium of transfer. That is if it is the bank that initiates the transfer directly. In some other cases, there is even the fourth party that may involve inter-switch or those agencies that facilitate the process of transfer. In the case of e-currency, those parties are not present. It is indeed a direct transaction between two parties just like the physical cash. That is a major difference. In money transfer, there are cases of late transfer that never reach its destination or late in reaching the intended destination, but in the case of eNaira, it is a direct transfer to recipients,” he explained.