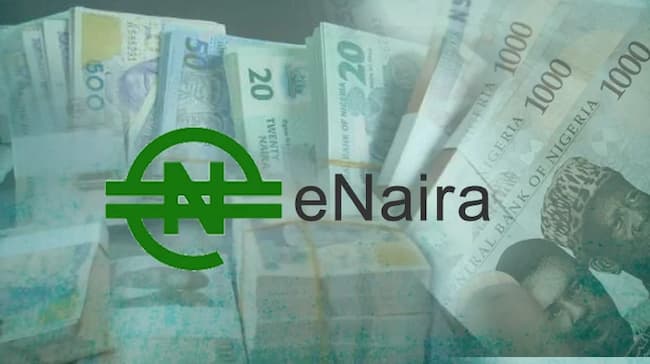 The eNaira speed wallet application was removed from Playstore for upgrade due to a large number of downloads of the app barely 48 hours after the digital currency was launched.

Many Nigerians complained that the app was no longer available for download as of yesterday afternoon.

It was gathered that a technical glitch occured, which brought down the old eNaira app, before an upgrade was uploaded on the Google Playstore.

eNaira is a digital currency issued by the CBN. It’s a digital form of the naira that is housed in a secured wallet called the eNaira wallet.

Nigeria’s adoption of a digital currency makes it the first in Africa to do so, with a close monitoring of the system in its early stages.

Buhari, during the unveiling of the digital currency on Monday, said that the eNaira was ranked among the “top ten” globally, and “certainly the best in Africa.”

Buhari said, “Needless to add, close monitoring and close supervision will be necessary in the early stages if implementation to study the effect of eNaira on the economy as a whole.

“It is on the basis of this that the CBN sought and received my approval to explore issuing Nigeria’s own CBDC, named the eNaira.

“This move was underpinned by the fact that the CBN has been a leading innovator in the form of money they produce, and in the payment services they deploy for efficient transactions.

“They have invested heavily in creating a payment system that is ranked in the top ten in the world and certainly the best in Africa.

“This payment system now provides high‐value and time‐critical payment services to financial institutions, and ultimately serves as the backbone for every electronic payment in Nigeria”