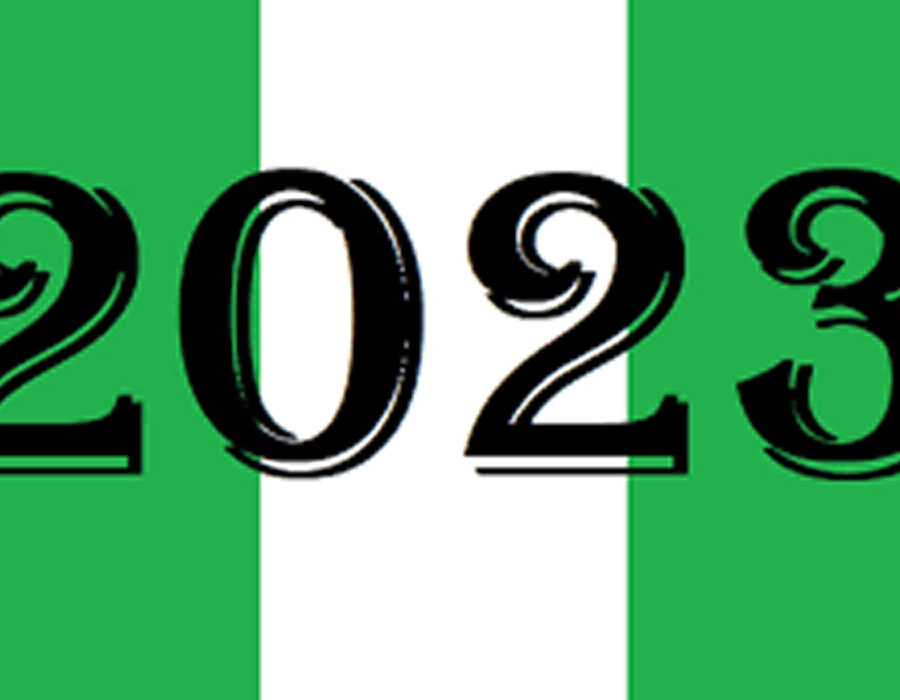 It is argued that populism and nationalism are both rooted in the idea of popular sovereignty and self-identity. They look alike but when populism gravitates towards the right, identifying “the people” with an ethnic or racial majority, and while nationalism turns against the minorities; in this case we can make reference to the likes of IPOB and Yoruba Nation agitators. Populism can also go towards the left, embracing the low-income citizenry as the nations “true people” just as nationalism can include ethnic and racial diversity under its umbrella, with this we can consider the role of the October 2020 End Sars movement.

Populism is inevitably defined as an anti-elitist doctrine, whereas nationalism is often led by the elites. Though well embedded in state institutions, laws, schools, museums and politics, nationalism can be a state ideology, taking routinized forms. In contrast, populist politics thrives on a virtually relentless mobilization of popular energy and voices for social change, while Nationalism acquires this fervent form mainly under two conditions: when it is recessionary, trying to break states up in form of self-determination, or when it becomes majoritarian, attacking internal minorities, under an ethnic cleansing doctrinarian. Some classic examples of a populist drive could be referenced to the various social challenges in Western /Eastern Europe, especially the populist radical right wing of Belgium, Spain, Italy, Netherlands, Ukraine, Poland and France.

Here, I would try to deduce the concepts of populism and nationalism by prevailing on how populism and nationalism have been combined or used differently, drawing on the English discourse theory, that sees nationalism as a discourse structured around “the nation,” or “nationhood” envisaged as a defined sovereign community that exists through time and space, a social construct built on an in/out composition. While Populism, by contrast is structured around a bottom/top anti-systematic failures, social disconnection between “the people” (proletariat) as a large powerless grouping and “the elite” (bourgeoisie) small and illegitimately powerful group. In its construct the populists claim to represent “the people” using this theoretical distinction to analyse the intricate empirical disconnection between populism and nationalism, which gives a particular attention to the articulation of exclusionary and inclusionary political constructs.

Populism as understood and practiced in many parts of the world especially in Europe, is a peculiar way of formulating demands in the name of ‘the people’ and a particular way of constructing “the people” for public action which revolves around the powerless/voiceless versus the powerful ruling elites. A vertical dimension of the bottom versus the top syndrome in which the populists claim to represent ‘the people’ against the existing political elites that does not represent the people but the oligarchs.

The Populist Tendencies is about the creation of a chain of equivalent identities, positive revolutions and demands against the minority ruling elites.

It is important to note that populism is not an ideology, it is not a thoroughly articulated theory of society and people with extensive prescriptions for social reform, nor is it a deeply held set of beliefs that shapes political thoughts and policy behaviour but in many discourse has been referred to as a “thin-centred” ideology that is always combined with more coherent political positions, such as the Far-Leftist or Rightist thinking in pursuing of its aspirations.

The Populist draws on a fundamental dichotomy between ‘us’ the people and ‘them’ the elite (Mudde 2004). They tend to claim to be speaking in the name of the people as an entity, which they deem both indivisible (Freeden 2017) and in direct confrontation with whatever elite they identify as the enemy (Vasilopoulou et al 2014). In this context I see populist tendency as a strategic communication, belief, tool or style for a dynamic social-political change in modern democracy.

On the other hand, Nationalism and Nationalist Tendencies began with the movement to recast the basis of sovereignty from the monarch and authoritarian, in Europe and imperialism/colonialism in Africa, to ‘the people, such as had been witnessed across Europe and many African countries in most recent times, leading to either a populist or nationalist government.

Nationalist focuses on the congruence of the cultural and the political community, a nation or nation-state. It could be defined as “an ideological strand for attaining and maintaining autonomy, unity and identity for a population which some of its members deem to constitute as an actual or potential ‘nation’. There is key distinction between the two types of nationalism: ethnic and civic nationalism. Civic Nationalism is said to be inclusive with strong emphasises on the legitimate political community while Ethnic Nationalism is said to be exclusive, focusing more on exclusively direct commune identity.

There is one thing that nationalists and populist do have in good common, which is the focus on an in-group structure formation. ‘The nation’, in the case of nationalist context and ‘the people’, in the case of populist dimension. In reality, they can easily be combined or inter-play with each other under the process of agitation. For instance, left-wing populists tend to combine their populist view with the inclusive civic variant of nationalism whereas right- wing populists are more inclined to link their populist views to an exclusionary version of nationalism, one key element of such is the Euroscepticism and Brexit agitation.

In view of the above theoretical and empirical analysis of the key contestations of populist and nationalist tendencies, the two strands of socio-political movements for dynamic social and political change, which had been a phenomenon in modern society.

The concept of Populism has been on the rise worldwide, at least in the last three decades. In 1995 three countries were ruled by populists in Europe and Latin America and by 2018 the numbers had increased to eight.

While nationalist-oriented movements are gaining huge support in many countries around the world, examples include Bolsonaro in Brazil who won the 2018 elections with clearly nationalist rhetoric; Donald Trump in the United States, Duterte in the Philippines, and Modi in India, who are beating the same drum of inward and protectionist nationalism tendencies.

Relating these conceptualised tendencies to the springing up of various social revolts, in recent times across the country, such as; “Bring-Back-Our-Girls”, “End Sars”. A kind of left-wing populist movement, one was indirectly instrumental to a deductive political change, the other almost disrupted governance and the nation.

Can there be anything like a real populist dimension in the social-political space, as the country ravages through its fifth circle of a democratic transition in its 23 years of democracy, or is the country going to envisage a neo-nationalist dimension of movement, with the emergence of ethnic-nationalist, pushing for a caliphate, Oduduwa, Ijaw Nation, and Biafra Republic?

With the conceptualisation of populist tendencies as a ‘thin-centred ideology’ that has three core concepts: the poor people, the corrupt elite and the general will. It has a limited ambition and scope in action and unable to offer complex arguments but often adjusts to the perceptions and needs of different societies or cultures. These three core concepts represent a sufficient and necessary criterion for understanding the phenomenon and the construct of a ‘populist’ agitation.

While the construe of poor people is depicted as a homogeneous and virtuous community, the minority corrupt elite is seen as a homogeneous but pathological entity although the general-will is construed as the very idea that all individuals of a given community or society are able to unify their wills together with the aim of proclaiming popular sovereignty as the only legitimate source of political power.

Who is going to rescue this Nigeria from the claws of nation destroyers? Is there anything like a Nigeria populist drive and hunger to reinvent the wheel of purpose, or a constructive nationalist movement, with an aspiration and motivation to salvage the sovereignty of the nationhood?

If we put our trust in the common sense of common men and ‘with malice toward none and charity for all’, go forward on the great adventure of making political, economic and social democracy a practical reality, we shall not fail. (Henry Wallace) Can there be a common drive, built on a common goal, for the common good of all?

Violence has never been an instrument used by the founding fathers of the Nigerian Republic to solve political problems. In the British tradition, the Colonial Office was talked into accepting our challenges for the demerits and merits of our case for self-government. After six constitutional conferences in 1953, 1954, 1957, 1958, 1959, and 1960, Great Britain conceded to the right to assert our political independence as from October 1, 1960.

None of the Nigerian political parties ever adopted violent means to gain our political freedom and we are happy to claim that not a drop of British or Nigerian blood was shed in the course of our national struggle for our place in the sun. This historical fact enabled me to state publicly in Nigeria that Her Majesty’s Government has presented self-government to us on a platter of gold. This are great statements by one of Nigeria foremost Nationalist, His. Excellency, Late Rt. Hon. Dr. Nnamdi Azkiwe GCON. Can we in the next coming months to 2023, work together in common purpose, to sustain and uphold the eternal freedom from outward colonialism, and redeem ourselves from this ranging inward self-colonialism, with no more bloodshed, destructions, displacements and ethno-religious divide?

The Great Mao Zedong, said “Politics is war without bloodshed while war is politics with bloodshed”.

There is always going to be a war in politicking but it is mostly based on mind games and ideological differences across the divide.

The Nigerian populist and nationalist alike should rise up to the emerging political space and time where the aspirations and agitation for the people’s right, place in the society and social contract are projected and pursued for the fair representation of the people’s position in governance for the common good of individuals and the greater good of all in the society.

With the case of Peter Obi and Governor Yahaya Bello are these personalities the rightful motivations for a populist agitation; as being the trending noise at the moment in Nigeria, which is gradually changing the political space. The voices of certain groups of people continue to grow, demanding for a new dynamic, young, capable and a people’s president. In my view, it would require an individual or group of individuals that have an in-depth understanding of the national politics and its framework, to out play the oligarch nationalist, in this zero-sum game. As such, I see the weakened, infiltrated and disconnected Nigeria populist agitators, been out-witted, out smarted and over run by the Oligarchs Nationalist, strategy of the Top/Bottom, command-control mechanism state of order, come 2023.