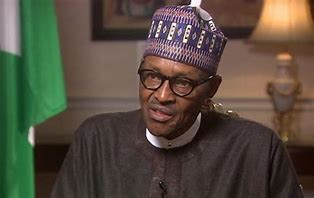 A former National Publicity Secretary of the `Ohanaeze Ndigbo, Chuks Ibegbu, has described President Muhammadu Buhari as an unpatriotic Nigerian.

Ibegbu alleged that Buhari was more patriotic and loyal to Niger Republic than Nigeria, where he is the president.

Speaking exclusively with DAILY POST, the former Ohanaeze spokesman, said Buhari would retire to Niger Republic in 2023 due to his loyalty to the country.

Ibegbu noted that Buhari’s loyalty to Niger Republic was behind the decision to construct a railway line from Katsina State to Maradi.

He recounted how Buhari, during his tenure as Military Head of State supported a candidate from Niger Republic for a position of the African Union Secretary General, ahead of a Nigerian.

When completed, the railway line worth over $2 billion would connect Nigeria with countries in the West Africa sub-region for the promotion of trade and commerce.

However, Ibegbu said: “When he was the Military Head of State, there was an opening for the position of the Secretary of the African Union, and instead of supporting his fellow compatriot, Peter Ornu from Nigeria, he supported one Umaru, a Fulani man from Niger Republic as the Head of State of a country.

“So, his loyalty is not to Nigeria, but to Niger Republic, and this is why he is building a rail line worth $2billion from Katsina to Maradi.

“As soon as his tenure ends, he will return to his country which is Niger Republic.

“Mind you, most of the people ruling us are not Nigerians. Sani Abacha is not a Nigerian, he is from Northern Cameroon. Gowon, Obasanjo, IBB, Gen Abubakar are Nigerians but the others are not”