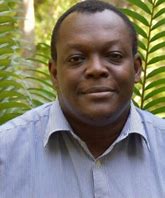 President Muhammadu Buhari has appointed Dr Ifedayo Morayo Adetifa as the new Director General of Nigeria Centre for Disease Control (NCDC). The appointment was announced by Garba Shehu, spokesperson to the President in a press statement on Monday.

Adetifa replaces Dr. Chikwe Ihekweazu, who was recently appointed as an assistant Director-General of the World Health Organisation (WHO) in charge of health emergency intel.

“The President has named him as a member of this important committee,” Shehu said.

The committee which is set up for a period of six months under the Chairmanship of Vice President Yemi Osinbajo has members drawn from private and public sector health care management professionals, development partners, representatives from the National Assembly as well as the Nigeria Governors Forum among others.