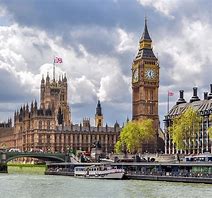 Britain’s beleaguered hospitality and finance sectors lamented Thursday the impact of new health measures designed to prevent the spread of the Omicron coronavirus variant over Christmas.

Data just released shows that GDP grew by just 0.1% in October, much weaker than the 0.4% which economists had expected, as firms struggled with supply chain problems and staff shortages.

The UK government will from Monday tighten virus restrictions in England as Omicron variant cases surge, including guidance to work from home and mandatory Covid passports.

The news dealt a bitter blow to pubs, restaurants and nightclubs, just as they had begun to recover from lockdowns that ravaged demand.

And it sent shudders through London’s City finance district, already reeling from Brexit and rendered a ghost town for much of the pandemic.

The curbs sparked renewed fear over the economy heading into the New Year, but analysts remain uncertain over the outlook.

‘Christmas has been cancelled’
“These fresh restrictions will be a disappointment to businesses in the Square Mile,” said Catherine McGuinness, policy chair of the City of London Corporation.

“Christmas has been cancelled for many City shops, restaurants, pubs and other businesses that rely on footfall from workers in nearby offices.”

The once-bustling City, where office workers had begun returning to desks, will be slammed by the reintroduction of official advice to work from home.

The Corporation — which runs London’s Square Mile or historic financial district — urged businesses, workers and residents to follow the new rules, while calling on the government for a “clear roadmap” back to normality.

Britain will make it compulsory to show Covid vaccine passports in England for the first time, while face masks will be required in most indoor public venues.

The pass, comprising proof of two vaccine doses, or a negative lateral flow test, will be needed for entry into nightclubs and large entertainment venues.

Pubs, traditionally filled over the festive season with Christmas revellers, are already reeling from Covid lockdowns that were lifted earlier this year.

“Make no mistake, this is a huge blow for our sector as it further undermines consumer confidence and is devastating for pubs based near offices and in town centres,” said Emma McClarkin, head of the British Beer and Pub Association.

The government “will need to look at providing support” to compensate for lost “vital revenues over the Christmas period”, she added, but noted most pubs were too small to require Covid passports.

“The pre-Christmas period is absolutely crucial for our sector,” said NTIA boss Michael Kill, adding the measures will have a “devastating impact” on an industry “already so bruised” by the pandemic.

“Nightclubs and bars must not be thrown under the bus for the Prime Minister to save his own skin,” added Kill.

Commentators said it was difficult to predict whether the economy, already struggling with runaway inflation, would take a major hit.

“It’s very hard to tell whether the restrictions would have a big impact on the UK economy,” Capital Economics analyst Bethany Beckett told AFP.

The new curbs were more “light touch” than previous rules, while the economy has “got much better at coping” with Covid fallout.

Markets will digest Friday the latest reading on the UK economy before next week’s Bank of England interest rate decision.

The BoE is forecast to refrain from raising record-low interest rates next Thursday, despite soaring inflation, as it tracks the Omicron variant that surfaced in November.