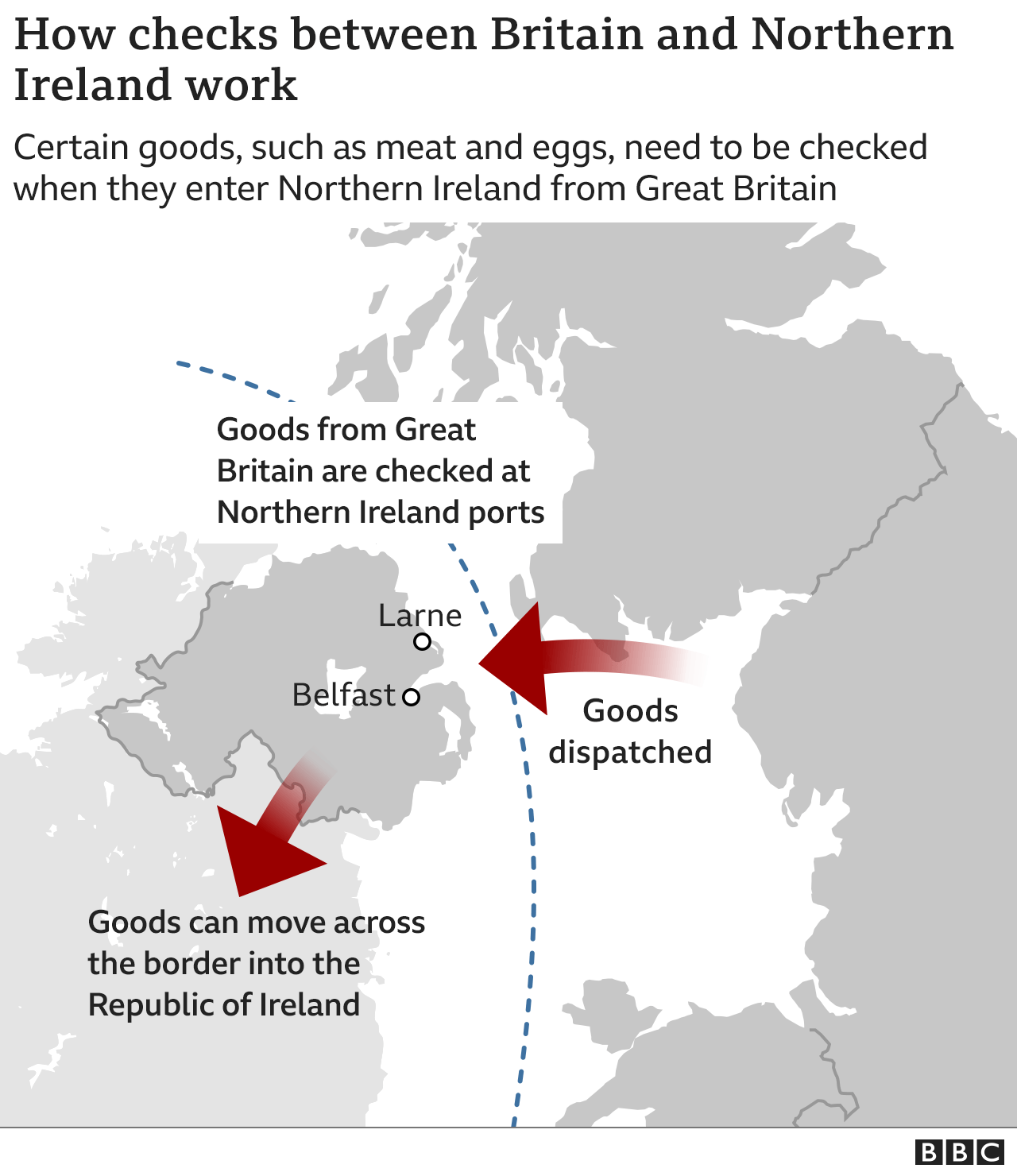 UK and EU negotiators are set to meet on Wednesday as they attempt to make a breakthrough on the Northern Ireland Protocol.

Recent talks have focused on how to guarantee the supply of medicines from GB to Northern Ireland.

Last week the UK’s chief negotiator, Lord Frost, said there had been progress on the issue.

On Monday, Ireland’s Foreign Minister said a deal could be reached this month.

The EU was anxious to move ahead unilaterally by changing its laws if the UK does not agree an approach, said Simon Coveney.

The Northern Ireland Protocol was agreed by the UK and EU in 2019 as a way to avoid a hardening of the Irish land border.

This means goods can flow freely between the Republic of Ireland and Northern Ireland, but goods arriving from the rest of the UK are subject to controls ensuring they comply with EU standards.

Northern Ireland gets most of its medicines from distributors and manufacturers in Great Britain but, due to a grace period, controls have not yet been imposed on the movement of those products.

The industry has warned that if the protocol as it stands is ever fully implemented, it will mean major difficulties in importing medicines from Great Britain.

The EU acknowledges the requirements are too much of a burden and should be removed, subject to some conditions.

The EU’s chief negotiator, Maroš Šefčovič, has said sorting out the medicines issue is his top priority.

On Friday, he is scheduled to have a second meeting with Lord Frost which should make it clear whether agreement might be reached before Christmas.

What is the Northern Ireland protocol?

It is the deal agreed by the UK and EU to prevent a hard border between Northern Ireland and the Republic of Ireland after Brexit.

It does this by keeping Northern Ireland in the EU’s single market for goods.

This means goods don’t have to checked as they cross the Irish border, but some checks and controls are required on goods entering Northern Ireland from the rest of the UK.

This has caused difficulties for some businesses and is opposed by unionist parties in Northern Ireland, which say it undermines Northern Ireland’s constitutional position as part of the UK.

London trains: Inside the capital’s quietest railway station with just 24 passengers a day

Omicron: Heathrow Airport gives details on how to book a day-2 PCR test for returning to the UK