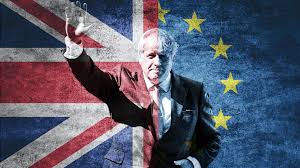 Britain and the European Union struck a Brexit deal today that will define their relationship for decades to come.

After 24 hours of last-minute haggling over fishing quotas, Boris Johnson hailed the agreement as “a great treaty” which allowed the UK to “take back control of our destiny” and resolve a question that had “bedevilled” British politics for decades.

“This deal means a new stability and a new certainty in what has sometimes been a difficult and fractious relationship,” he told a Downing Street press conference. “Although the arguments with our European friends were sometimes fierce this is, I believe, a good deal for the whole of Europe.”

The treaty will apply from 1 January 2021 and take over from the arrangements under the transition period, which has seen the UK continue to follow most EU rules since Brexit day.

Announcing the news, Boris Johnson said beating coronavirus was his “number one national priority” so he wanted to “end any extra uncertainty” by giving the country “the best possible chance of bouncing back strongly” next year.

The prime minister promised the deal will allow companies “to do even more business with our European friends” while “taking back control of our laws and our destiny” – echoing a key message of the Vote Leave campaign.

Bidding to sell it to his party and the country, Mr Johnson announced at a Downing Street news conference that “although of course the arguments with our European friends and partners were sometimes fierce, this is, I believe, a good deal for the whole of Europe”.

Labour leader Sir Keir Starmer announced he will back the deal, meaning it is almost guaranteed to pass, but argued it is a “thin agreement” and not what the government promised as it does not provide enough protections for manufacturing, workers’ rights or financial services.

In her own address, EU Commission President Ursula von der Leyen said it had been a “long and winding road” – but that striking a deal was “right and responsible”.

She added Brussels would “continue cooperating with the UK in all areas of mutual interest” such as climate change, transport and security – but that “together we still achieve more than we do apart”.
Nigel Farage, the former Brexit Party and UKIP leader, said the deal is “not perfect” and he’s “worried we’re going to be too closely aligned to EU rules” because the UK “will not be able to step out of lines without them having the threat of imposing immediate tariffs”.

“That detail, we’ll discover in the next couple of days,” he said, but added: “Are we far better off than we were five years ago? Absolutely.”

Failure to reach a deal would have seen tariffs imposed on UK exports to the EU – its biggest trading partner – on World Trade Organisation terms, and could also have increased bureaucracy.

But some disruption and teething problems are still likely as business, citizens and governments adapt to the new arrangements that will be in place between the UK and EU.