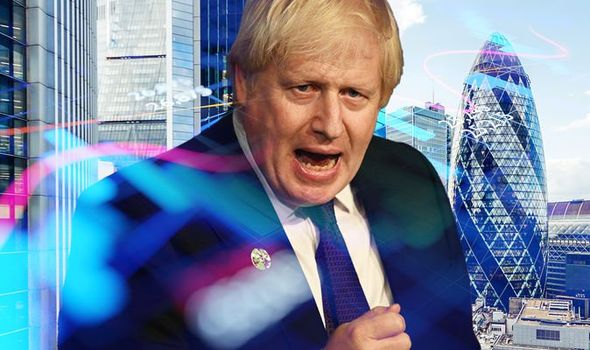 According to the OECD, Growth in Brexit Britain in 2021 is set to outperform the economies Germany, France, the Eurozone, and all of the G7.

In its final report of the year, the body representing the World’s largest economies has given Boris Johnson a bumper Christmas gift by confirming the UK’s place at the head of the table in terms of economic growth. Former Cabinet Minister the Rt Hon Sir John Redwood MP was upbeat about the news.

Sir John said: “It’s great news the UK grew fast in the first year of Brexit. “We now need tax cuts and use of our new freedoms to keep faster growth going.”

On Wednesday, the Paris-based Organisation for Economic Co-operation and Development (OECD) issued its 2021 report – the first year the UK has been outside of the EU.

The OECD now believes Brexit Britain will do better economically in 2021 than every other major industrialised nation in the world, including the USA.  Not only that, it expects the UK to out-perform the Eurozone by a considerable margin.

The OECD expects the UK’s economy to grow by 6.92 percent. By contrast it predicts a much slower growth of only 5.17 percent in the 17 Eurozone countries.

The powerhouse of the EU and the Eurozone is Germany.

When the UK was in the EU, it was the fifth-largest economy in the world but was always in second place to Germany.

In its report, the OECD predicts that the economy of Brexit Britain will grow well over twice as fast as Germany this year.  Germany’s growth rate is forecast at just 2.87 percent, whereas the figure for the UK is 2.4 times higher – at 6.92 percent.