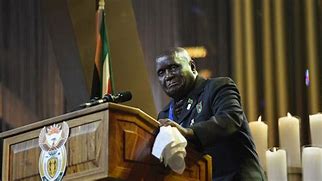 Kenneth Kaunda, Zambia’s founding president and a champion of African nationalism who spearheaded the fights to end white minority rule across southern Africa, has died at the age of 97.

Also popularly known as KK, he served as the first President of Zambia from 1964 to 1991.

Kaunda’s death was announced on Thursday evening by Zambian President Edgar Lungu on his Facebook page.

Kaunda was born in April 1924, the youngest of eight children to a Church of Scotland missionary and teacher. He followed his father’s footsteps into teaching and cut his political teeth in the early 1950s with the Northern Rhodesian African National Congress.

During his 27-year rule, he gave critical support to armed African nationalist groups that won independence for neighboring countries including Angola, Mozambique, Namibia and Zimbabwe.

Kaunda also allowed the African Nattional Congress, outlawed in South Africa, to base its headquarters in Lusaka while the organization waged an often violent struggle within South Africa against apartheid.

In Zambia’s heady first years of independence, Kaunda rapidly expanded the country’s education system, establishing primary schools in urban and rural areas and providing all students with books and meals.

NIGERIA – HOW TO WIN