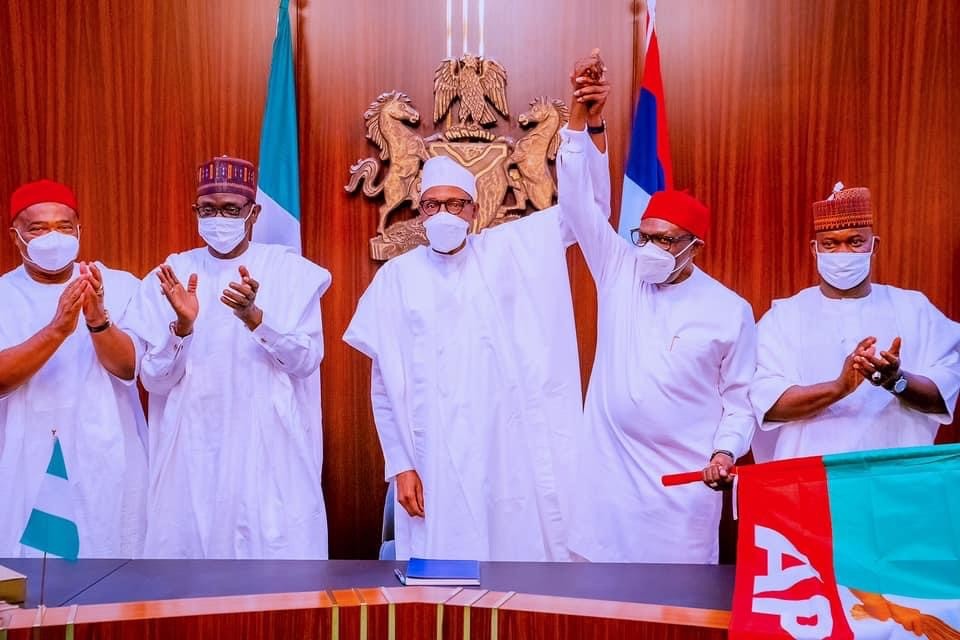 Though his tenure is gradually winding down, President Muhammadu Buhari recently sacked some of his appointees and appointed new hands as replacements.

Reports indicate that President Muhammadu Buhari has removed Basheer Mohammed as the Director-General of the National Agency for the Prohibition of Trafficking in Persons (NAPTIP) and has appointed Fatima Waziri- Azi, as the new Director-General (DG) of the agency.

Fatima Waziri- Azi’s appointment was sequel to a recommendation of the minister of humanitarian affairs, disaster management, and social development, Sadiya Umar Farouq.

The minister explained that the recommendation of Waziri-Azi was based on her vast experience and capability to drive NAPTIP to achieve its key result.

Umar Farouq said the new DG has a vast experience and proven track record to move the agency forward and consolidate on what has been achieved so far.

Before her appointment, Waziri-Azi, a former head of the department of public law at the Nigerian Institute of Advanced Legal Studies, was a women’s rights advocate and campaigner against domestic and sexual-based violence. In another news, President Muhammadu Buhari has approved the appointments of three new chief executives for some agencies under the federal ministry of education. The Punch reported that the new appointments in the education ministry were disclosed by a spokesperson for the ministry, Bem Goong, in a statement on Wednesday, September 8.

The spokesperson stated that all the three appointments took effect from September 2 and would each be for an initial tenure of five years. Meanwhile, two Nigerian ministers, Mohammed Sabo Nanono (agriculture and rural development) and Saleh Mamman (power) have been relieved of their duties.

Both Nanono and Mamman were sacked by President Muhammadu Buhari on Wednesday, September 1.