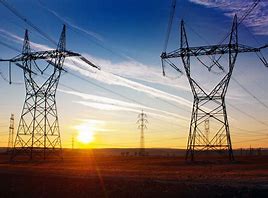 The Director-General, Bureau of Public Enterprises (BPE), Alex Okoh, says only 40 percent of Nigeria’s over 200 million population currently had access to electricity.

This is an indication that 120 million people in Nigeria have no access to electricity.

Okoh made this known during the inauguration of team PTD for the concession of small hydros in Nigeria, according to a statement issued in Abuja by the Head, Public Communications, BPE, Amina Othman.

He added that the bureau had slated 12 small hydropower plants for concession and had inaugurated a project delivery team for the concession of the facilities.

He outlined the natural resources like the sun, wind, hydro and biomass (waste), adding that it was imperative to harness the full potential of small hydros for the purpose of electricity production.

The BPE boss said the generation capacities of plants were between 1.2 megawatts to 1,500MW.

Okoh said the drive to unlock the values of the 12 hydropower plants provided another opportunity for the Federal Ministry of Water Resources and the BPE to work together.

N39.7bn for roads, erosion, incinerators’ contracts have been approved by the Federal Government