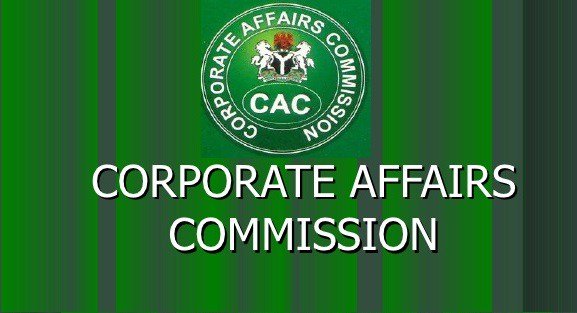 The Amalgamated Union of Public Corporations, Civil Service Technical and Recreational Services Employees (AUPCTRE), has accused the Registrar-General of the Corporate Affairs Commission (CAC), Alhaji Garba Abubakar, of grossly abusing his powers in addition to allegedly using same to commit financial misappropriation as the head of the agency.

AUPCTRE in a petition signed by its acting General Secretary, Musa Upko, and addressed to the chairman of Code of Conduct Tribunal (CCT) dated January 11, 2021, alleged amongst others that Abubakar has abused his powers by committing financial impropriety, commercialise promotion exams in the CAC, inflated contracts awarded to the Board chairman as well as inflation of consultancy fees.The said petition marked AUP-NS/CCB/Vol.1./02 was also copied to the Director, Investigation and Monitoring of the Code of Conduct Bereau.The petition reads in part: “Staff of the Corporate Affairs Commission (CAC) under the auspices of Amalgamated Union of Public Corporations, Civil Service Technical and Recreational Services Employees (AUPCTRE) have petitioned the National Assembly and the Code of Coduct Bureau (CCB) and the Presidency over allegations of corruption and victimisation against the Registrar-General, Alhaji Garba Abubakar.

The union further alleged that the Registrar General of CAC also awarded contract for the procurement of Server DL 560 Gen 108SFF to Descacio Limited in Lagos for over 87 million and another 98 million naira for the procurement of the Company Registration Portal (CRP) software and provision of software support and maintenance to Oasis Management Company Ltd in Abuja.AUPCTRE further alleged that aside awarding a contract of over 2 million naira to Muhal Global Concept Ltd as work tool for the office of the Registrar General, who also derives pleasure in taking unilateral decisions that affect staff welfare hence leading to stagnation, alteration of promotion policies, refusal to pay staff promotion arrears of 2019 despite the availability of funds and budgetary provisions, stoppage of all staff loans schemes, including those of the cooperative societies as well as coercing of staff to forcefully resign their membership of the union and imposing on them the membership of another union of his choice, in addition to carrying out auctions of percieveved unserviceable/obsolete vehicles of the CAC without due process hence in breach of the Constitution.

“The promotion examinations for 2019 and 2020 in the commission were commercialized. Vacancies were not declared in Human resources and Finance departments in the appropriation year yet he filled the Vacancies with his favourite against the budgetary provision, thus a breach of the appropriation act,” they added.AUPCTRE in a second petition to Prof Ibrahim Gambari, the Chief of Staff to President Muhàmmadu Buhari dated 5th of March, 2021, the union alleged that the Director General of CAC, Alhaji Garba Abubakar illegally dissolved the union and banned all it’s activities.

The petition titled, “The struggle of AUPCTRE against corrupt practices on public service with a special focus on CAC” also accused the Registrar General of “illegally dissolving the union executive and banning them from operating and transfer of all executives to different parts of the country to weaken the union.”