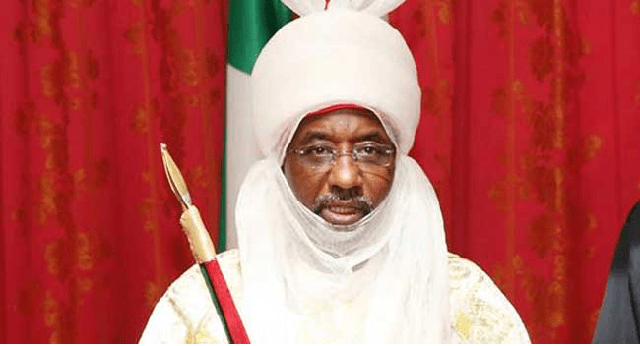 The former Emir of Kano Muhammadu Sanusi II says that the Nigerian government cannot continue to borrow to consume while incurring huge debts for the future generation.

According to him, it is time for the government to decide on ending the payment of subsidies for electricity and petrol.

Sanusi, who is the leader of Tijjaniyya sect in Nigeria, said this at an event to mark his 60th birthday, launch his book and raise funds for the Muhammadu Sanusi II SDG challenge.

He also called on citizens to be productive by thinking about what they could do to support themselves instead of depending on government for everything.

“It is desirable but not sustainable but we have to be ready to make certain sacrifices. But if we don’t make those sacrifices now and set a fiscal position of government so that we are not relying on excessive borrowing, we are putting the future of this country in jeopardy,” he said.

“This generation will continue borrowing to consume while passing the debt to the next generation to pay. It is a difficult decision to make but we have to make it.”

Sanusi said citizens had wasted time looking to the government to solve their problems, adding that given the challenges of development, “each of us has to say, what can I do.”

He noted that expending 90 per cent of the country’s revenues on debt servicing was unsustainable.

“We have not moved. We wiped out in five years all the progress made in the preceding 35 years. That is the kind of conversation we should have which we are not having. And what are the key drivers of this: you have got rising population growth, slow GDP growth, higher rates of inflation, and devaluation of the currency,” he said.

Also speaking at the event, the Governor of Central Bank of Nigeria, Godwin Emefiele, said, “We have a responsibility as managers of the economy to ensure the machine keeps running for the good of our nation.”