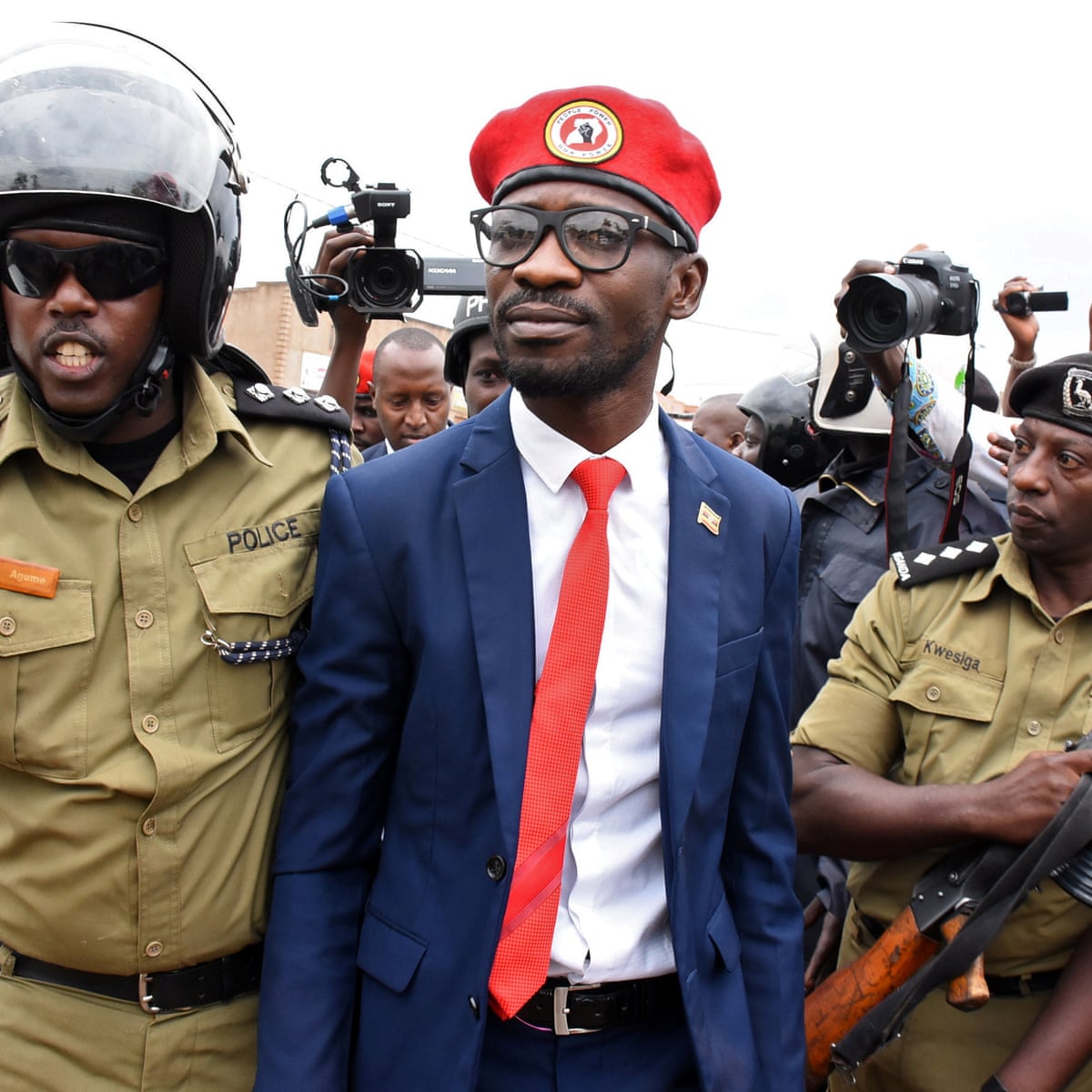 Ten years ago, ragga singer Bobi Wine, sporting dreadlocks and oversized black sunglasses, regularly appeared in music videos surrounded by women, driving a Cadillac with a joint hanging out of his mouth.

Today the star, whose real name is Robert Kyagulanyi, is an MP dressed in dark, tailored suits who is fighting to become president of Uganda in Thursday’s election.

The 38-year-old former pop star has become the main challenger to President Yoweri Museveni, 76, who came to power in 1986 and is the only president that many in Uganda have ever known.

While Wine has been arrested numerous times since 2018, and says he was sometimes tortured, he has accused the regime of going to extremes to crack down on his campaign in recent weeks.

He has taken to wearing a bulletproof vest and combat helmet on the campaign trail, where his meetings have often ended in a cloud of teargas and with live rounds fired.

The hashtag #WeAreRemovingADictator has spread on social media among the supporters of his National Unity Platform (NUP).

He originally hails from the dominant Buganda kingdom — one of several traditional kingdoms which were forced together under colonialism — and is popular there.“(The) Buganda kingdom is an important factor in the political context of Uganda. Bobi Wine has always been very careful with Buganda, making sure he has them on his side,” said Kristof Titeca, a researcher at the University of Antwerp in Belgium.

But analysts are sceptical over Wine’s capacity to pull off an election win. The country is still traumatised by the tyranny of brutal dictator Idi Amin, who Museveni helped oust, ushering in peace and stability.

Rural areas and some groups like the military remain firmly behind the president.

Nevertheless the regime has shown in recent weeks a certain anxiety towards the young upstart who Museveni has in the past referred to as “our grandson, the undisciplined Bobi Wine”.

In mid-November at least 54 people were killed in clashes with police which were sparked by Wine’s umpteenth arrest. In December a member of the singer’s security team was killed by the army, according to his National Unity Platform (NUP).

At the end of December, election rallies — already restricted to a quick address from the roof of a car — were banned in Kampala and 10 other key districts.

Officially, this was due to Covid-19, but Wine and observers have seen this as a deliberate bid to frustrate his campaign.

“The dictatorship is in panic. They’ve been surprised by the massive enthusiasm and support we’ve been received with in all parts of the country,” Wine wrote on Twitter.

The fact he has been able to face that crackdown, people getting killed around him, him not backing down on everything that is happening, it has made him a martyr in a way, somebody who dares to stand up to the current system,” said the analyst.