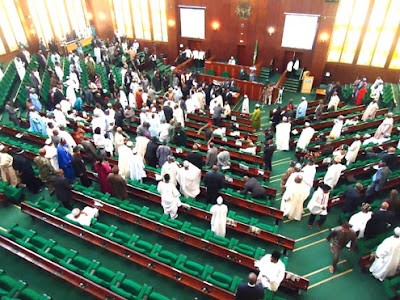 The Church, by merely opposing Sharia Courts since 1979, NOT asking for her own until Sen ID Gyang’s Ecclesiastical Courts Bill check-mated them in the 2016 NASS Constitutional Review while he was then in House of Representatives, has so far not succeeded. How much more so now in this brazenly “anti-Christ” dispensation?! The lesson – the Church (CAN, PFN, etc) and peoples of Southern and Middle Belt Nigeria, Hausa and other Christians in the Far North, etc, should go back to then Rep Gyang’s Ecclesiastical Courts Bill and ask for Ecclesiastical Courts all over Nigeria, the Far North inclusive: If Nigeria cannot be secular, we must level the ground – “What is good for the goose is good for the gander”!

The House of Representatives on Tuesday in Abuja passed the second reading, a bill to provide for the establishment of theEcclesiastical Court of Appeal in the country.

The bill is sponsored by Hon. Gyang Dung(PDP-Plateau) and eight others.

Presenting the bill during plenary, Dung said that the Ecclesiastical courts when established would complement the regular courts in adjudicating in matters relating to the tenets of the Christian faith.

According to him, this shall be between individuals and groups that yield and submit to its jurisdiction.

Dung explained that the Ecclesiastical court shall exercise such appellate and supervisory jurisdiction in civil proceedings involving questions of Ecclesiastical law and Christian personal law.

“It alters the second, third, sixth, and seventh schedule of the principal act. It has four insertions in Part 1G, section 270A-E, Part 2D, Section 285A-E and a citation,’’ Dung said.

According to him, the amendments will no doubt widen the scope of jurisprudence, adjudication and legal practice in our nation.

“It will bring to reality the administration of Ecclesiastical Christian tenets and law in adjudicating matters of personal Christian law and civil matters. These shall be prescribed in the rule of practice and procedure of the Ecclesiastical courts,’’ he added.

Dung emphasised that the amendment would activate section 37 (1) of the 1999 constitution which guaranteed the right of every citizen to freedom of thought, conscience and religion.

“It will also entails freedom to propagate one’s religion or belief in worship, teaching, practice and observance,’’ Dung said.

He said that Cardinal who will serve as judges of the Ecclesiastical court shall be drawn from those learned in law.

They shall be required to administer justice in accordance with the Christian faith and the law of the nation.

Speaker, House of Representatives, Yakubu Dogara referred the bill to the Special ad hoc Committee on the Review of the 1999 constitution.HOT!!!