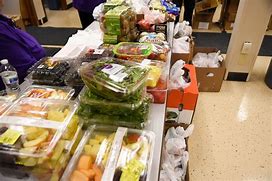 The Biden administration will announce Friday that it is bumping up aid payments for millions of low-income households with children by 15 percent. It is part of several new actions aimed at getting more government assistance out as the pandemic drags on.

During the pandemic, an EBT program, known as P-EBT, was created last spring to help replace the subsidized or free meals that tens of millions of children normally get at school. The program gives households benefits on a debit-like card that can only be used to buy groceries.

P-EBT worked relatively well to replace meals in the spring, because almost all schools were closed. But now the program is more complicated with some schools doing online-only learning, some in-person and some a mix of the two.

The program has been plagued with delays this year because of a mix of political failure in Congress and bureaucracy at the Agriculture Department.

This school year, households are eligible to receive up to $5.86 per child per day of school missed. That rate will increase by 15 percent. It’s not clear whether the increase will be applied to the many months of benefits that are owed to most families that are eligible.

Igboho can’t be assured of safety, justice if extradited to Nigeria -Okei-Odumakin