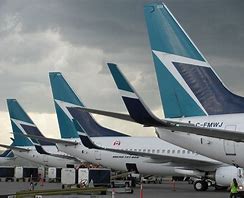 Bi-Courtney Aviation Services Limited (BASL) on Monday expressed interest in the concession of the four international airport terminals slated for concession by the Nigerian government.

The Chairman of BASL, Dr. Wale Babalakin, while addressing journalits at the Murtala Mohammed International Airport Terminal Two (MMA2), said the firm was qualified to take over the airports listed for concession.

Babalakin also expressed readiness for an out-of-court settlement to resolve the lingering tussle over the concession of the MMIA2.

This is following an advertisement by federal government for contractors to bid for the concession of airports in Lagos, Abuja, Kano and Port Harcourt.

Babalakin explained that as a company with experience in terminal management and capacity, it would change the face of airport terminals in the country.

He said, “There is a bid going on for the four international terminals. In other countries where due process is done, the authorities will call on those who have done it before. But what is the success rate of the companies coming to Nigeria to operate? ow can the government bring expertise from overseas when you have them locally?

Babalakin disclosed that BASL has been approached by three African countries to build their terminals.