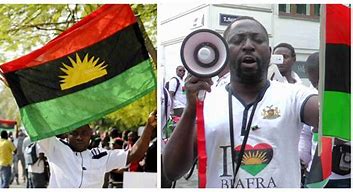 Even in this modern time of centralised political authority of the contemporary state, the nature of the political process among Ndigbo remains essentially consultative and in addition to the horizontal and fragmentary structure of its underlining political system is also the philosophical rationale that no one knows it all, notwithstanding the brilliance and exceptional knowledge of anyone or group of person as the reason why consultations is at the core of the Igbo political, social and cultural life.

The political and philosophical rationale puts a high premium on reaching consensus through deliberate and extensive consultations. Beyond the authority of the contemporary government that cut across the units of various communities in Igbo land, there is no traditional authority that exercises control or power beyond its domain which highest unit is usually a town, and are most times culturally homogenous.

The nature of the political process makes it impossible for anyone person or group of persons to claim to act on behalf of Ndigbo except on the basis of delegation reached by consensus through deliberations and consultations. Even the declaration of the defunct sovereign state of Biafra was not the act of a reckless individual or personal adventure.

On May 26, 1967, the 335 Consultative Assembly of Chiefs and Elders, had drawn the attention of the then military governor of Eastern Nigeria, Colonel Odimegwu Ojukwu, to the then plight of Ndigbo in Nigeria and mandated him to “as soon as practicable”, declare the sovereign state of Biafra.

When the struggle for the sustenance of the defunct Republic failed, Ndigbo despite all the structural constraints and the psychology of defeat re-entered Nigeria with vigour, spreading out to all its nooks and crannies in confidence of an inclusive and enterprising republic.

With the Nigerian state faltering, especially since the start of the century and a return to civil rule, under the vicious corruption assault, launched by the predatory political elite, a new wave of restiveness have crept in, empowering hordes of nihilistic traducers masquerading as “freedom fighters”, “ethnic liberators” and other assorted irredentists.

From among the Igbo nation, has emerged the Indigenous People of Biafra, IPOB, with self-proclaimed  mandate to restore the defunct sovereign state of Biafra. From the current activities of this group in using terror and extreme intimidation against Ndigbo, mostly resident in Igboland, it is clear that it does not seek to liberate Ndigbo but to conquer Ndigbo in Igboland.

By its series of imposed lockdowns enforced by the use of extreme terror, IPOB with no known structure of organisation and no iota of pretence to consult with any group or community in Igbo land relishes with pleasure the bludgeoning of Ndigbo, especially those residents in Igbo land to bankruptcy and penury.

Every liberation movement in history takes its battle to the enemy and defends its own territory with suicidal determination. Only IPOB makes its own territory a battle frontline, mindlessly destroying facilities and other infrastructures that would rather serve well, the so-called sovereign state it craves.

Imposing sit-in and lockdown orders, depriving Ndigbo of the essential and life- saving economic activities to fend off extreme deprivations emanating from the debilitating hemorrhage of a bankrupt Nigeria state is a total disservice to the Igbo nation.

With a Nigeria state whose extant national security has shrunk to the mere physical security of its political bosses around their fortified exclusive zones of residences, the least expected of the IPOB if any of their messianic invocations about Biafra and by implication Ndigbo is to be taken serious, is to protect and secure Ndigbo in their farms, markets and any other places they are engaged in productive activities.

But a maniacal power hungry and bloodthirsty IPOB seemed only interested in “Biafra” and certainly careless about the Igbo nation and Ndigbo, otherwise in whose interest do they enforce the earth-scorched hard restrictions order enforced by extreme brutality of burning, looting, killing and complete destruction of lives and property.

The defunct Biafra survived for nearly three years on account of the collective determination and sacrifices of Ndigbo through consultations and consensus. And IPOB, who wants now to own what it did not create, does not have the modesty and humility of generating a modicum of consensus through consultations rather it seeks to criminally conquer the Igbo nation through a relentless campaign of terror and intimidations.

By the way, Mr. Nnamdi Kanu who excretes bile and contempt for the Igbo elite and arrogates encyclopedic knowledge of history to himself does not know that Kenya is not hospitable terrain for insurgents. If he truly knows history as he arrogantly claims, he would have known that it was Kenyans who tricked the highly elusive leader of the Kurdistan workers party, PKK, a Turkish insurgent militia, Mr. Abdullah Ocalan, from the Greek embassy in Nairobi in February 1999, with a promise to fly him to the Netherland only to march him to the waiting Turkish jet painted in Malaysian national colours at the Nairobi airport and flown straight to the waiting arms of the Turkish authority in Ankara that has been desperately seeking his capture since 1984.

Mr. Ocalan has been imprisoned since then in the Turkish Island of Mamara, and despite that his armed group has been on and off negotiations with Turkish authority has not seen the light of day since his capture in 1999.

And significantly, the PKK fighters and the huge Kurdish diaspora that finance their operations have not turned on their people as cannon fodder as IPOB has and continues to do in Igboland today. Since the attack of the US embassy in Kenya in1998, Nairobi usually brims with the prying eyes of several national intelligence services, including the CIA, Israel’s Mossad, British MI5, etc.

Any one of them irritated by the antics of Nnamdi Kanu of his bogus claims about networks of international support would have raised a red flag. Had the IPOB leader benefited from the insight of history which he claims to know more than anyone else, he would not have touched Kenya with even a long spoon.

Whether kidnapped, “illegally renditioned” or by other ways his supporters describe his capture, states don’t hand out rose flowers to their most wanted persons when they found them or organise an elaborate party to welcome them, in the form of the Biblical prodigal son who returned home.

Mao in China, Ho Minh in Vietnam, Castro and Che in Cuba all have huge state bounty on their heads for their capture and they scrupulously eluded their state enemies until their revolution triumphed.

For his reckless and thoughtless adventure, Nnamdi Kanu’s IPOB is leaving aside, the Nigeria and Kenya authorities and hounding Ndigbo and locking them indoors causing them to die in deprivations and hunger when they neither send Mr. Kanu on any errand nor were complicit in his capture.

In a long-standing tradition of self-defence, communities in Igboland should organise themselves in vigilantes to help reform and redirect the many misguided youths involved in the murderous campaign of the IPOB.