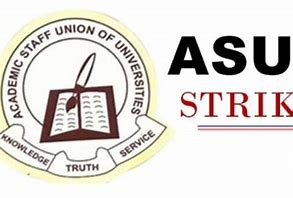 After failing to meet its demand, the Academic Staff Union of Universities (ASUU) has threatened to embark on strike if the Federal government fails to respond to all their request.

According to reports, FG has failed to honour the agreement it signed with the union, which made it call off its strike in December 2020.

Bizwatch Nigeria gathered that the 9-month strike that was suspended on December 23, 2020, came after both parties agreed on the method of payment for the lecturers as against FG’s proposed Integrated Payroll and Personnel Information System (IPPIS).

Speaking at a press briefing at the University of Abuja, ASUU President, Prof Emmanuel Osodeke expressed his disappointment, announcing that the body has given the Federal Government a 21-day ultimatum to give in to their demands or they embark on strike.

He said, “The N30bn revitalisation fund for public universities purported to be kept in a dedicated account at the Central Bank of Nigeria has yet to be disbursed even when a majority of the vice-chancellors have successfully defended their proposals as a condition of accessing the fund.

“The government gave the assurance that the fund would be paid by the end of October. Surprisingly, this is November 15 and nothing has been heard from the government about it.

“At the meeting with the Executive Secretary of the National Universities Commission, the ES said the N22.17bn earned allowances had been appropriated in the 2021 budget based on the weighted average of the annual salary appropriated for each university.

“The inconsistencies in the payment of our members via the IPPIS platform were acknowledged after the initial denial; the director of the IPPIS promised to develop a template for the resolution of the matter. However, for one reason or the other, that has not happened. The permanent solution, as we see it, is that UTAS should be fast-tracked to end the unwarranted imposition of the IPPIS on our members,” he added

He, however, called on patriotic Nigerians to join them in appealing to the FG to consider all of their demands.

“We call on all patriotic Nigerians and lovers of Nigeria to prevail on the Federal Government and state governments to act fast to prevent another round of industrial crises in Nigerian public universities.

“The Nigerian government should be held responsible should ASUU be forced to reactivate the strike it patriotically suspended on December 23, 2020.”

Reacting to the ASUU’s threat, the Minister of State for Education, Chukwuemeka Nwajiuba in an interview with The PUNCH disclosed that the union has failed to submit a breakdown of the workers entitled to the N22.1bn earned allowances.

“For the first payment we made because there was an allowance we paid initially; we told ASUU that we were going to give them an accountant; there are still issues with the first allowance we paid them and we wanted those issues to be resolved. Let me tell you that ASUU and the accountant have not been able to resolve the issue. Tell them to provide a breakdown of the lecturers, who earned the allowances.”