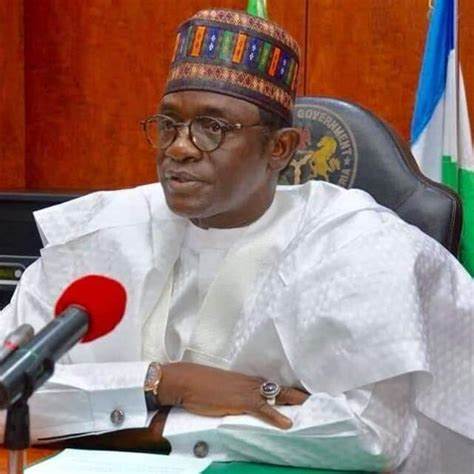 Barring last minutes changes, the ruling All Progressives Congress (APC) will go ahead with the conduct of its states congresses on Saturday amid crises in states and uproar from scores of aggrieved chieftains of the party.

The event, already endorsed by the Malam Mai Mala Buni-led caretaker committee, is billed to create the vehicle for conduct of the party’s national convention, whose date remains a subject of speculations.

Buni, while inaugurating the state congresses committee at the national secretariat of the party, yesterday, said it behooves party faithful to work in concert with stakeholders to ensure the party emerges victorious in the 2023 poll.

Buni, represented by secretary of the caretaker committee, Senator John Akpanudoedehe, said protests against the ward and local congresses held so far should not be seen as a surprising development. He insisted that the party is being taken back to the grassroots.

Buni’s position came against the backdrop of the constitution of the Senator Abdullahi Adamu-led National Reconciliation Committee aimed at reconciling warring members across the country.

Aggrieved chieftains of the party under the aegis of APC Concerned Stakeholders, led by Mr Abubakar Usman, stressed the need for APC to be a viable party that is not owned by powerful individuals or cabals, but rather one whose strength and existence are predicated on its ability to command the loyalty and dedication of its teeming members.

The group thereby demanded that open contestation must be the only option for every position in the National Working Committee (NWC) of the party, rather than the imposition of anointed candidates in the name of consensus as was the case with the party’s recent wards and local government congresses.

Their position is informed by the inability of the party to resolve the acrimonious relationship among party faithful in states like Abia, Akwa Ibom, Bayelsa, Enugu, Delta, Ekiti, Ogun, Osun, Lagos, Rivers, Imo, Kwara and Sokoto, where there were parallel congresses during the ward and local council congresses.

In Enugu, where the party is split along the lines of the former Senate President, Ken Nnamani, and the caretaker committee chairman, Dr. Ben Nwoye, the congress produced two different leadership structures in all 17 council areas of the state.
The Delta State chapter of the party is also split along the lines of the Deputy Senate President, Ovie Omo-Agege and Chief Great Ogboru, Festus Keyamo and Chief Victor Ochei. In Osun, there is a crack among the ranks of party chieftains between Governor Gboyega Oyetola and the Minister of Interior, Mr. Rauf Aregbesola, over control for the soul of the party.

In Kano, APC stalwarts, mainly members of the National Assembly have perfected the plot to conduct a parallel congress on Saturday over alleged high-handedness of the Abdullahi Abbas-led chapter of the party. Yesterday, Senator Malam Shekarau and four other federal lawmakers from the state petitioned the Buni caretaker committee over crisis rocking the party in Kano.

In Adamawa, the alleged plot by wife of the President, Mrs Aisha Buhari, to hijack the party structure is said to be at the heart of the crisis rocking the state chapter of the party.

The aggrieved chieftains, which include Senator Dahiru Binani, warned that if the First Lady is allowed to have her way, the party would lose the 2023 poll in Adamawa. They accuse the President’s wife of assuming full control of the party’s structure to install her younger brother, Mr Mohammed Halilu Modi, as the next governor of the state.

ATTEMPTS by PDP to elect its national officers through a consensus arrangement suffered setback last night as the meeting to conclude the move failed in Abuja. Chairman of the PDP convention planning committee and governor of Adamawa State, Ahmadu Fintiri, who briefed journalists, explained that the absence of many of the stakeholders was due to poor communication.

The meeting of the Northern PDP stakeholders was called to allow each of the three zones in the North present their candidates for the ratification of the entire Northern PDP leaders.

Although all the five PDP governors from the North were present, many prominent stakeholders like former vice president Atiku Abubakar, and former Senate President David Mark, were absent.

Fintiri heads the 20-man committee appointed by the Northern PDP stakeholders to screen aspirants from the zones. But most members of the committee stayed away from the meeting.

The Adamawa governor, however, disclosed that the meeting will be re-convened on Thursday morning (today).The situation at the botched meeting showed that all the three zones in the North had become very interested in presenting candidates for the chairmanship position.

Two aspirants that have emerged and were supposed to be presented at the meeting are former Senate President Iyorchia Ayu and former Katsina State governor, Ibrahim Shema. The North Central zone had on Tuesday endorsed Ayu as its candidate while the Northwest had equally adopted Shema.

Although the Northeast is yet to endorse any aspirant, it was learnt that the incumbent deputy national chairman (North) of the party, Suleiman Nazif, has vowed to stand as an independent candidate. However, he is yet to formally declare his intention.

After a meeting that ended in the early hours of Wednesday, Benue State Governor, Samuel Ortom, had explained that the meeting of North Central stakeholders was in continuation of efforts to find consensus candidates for national chairmanship of the party.

Addressing journalists after the meeting, Benue Governor, Dr Samuel Ortom, said the leaders from the six states in the North Central chose Ayu from a number of five aspirants that indicated interest in the race. The other aspirants that stepped down were Senator David Mark, ex-Governor Ibrahim Idris, Prof Jerry Gana and Attah Idoko.

Ortom, however, clarified that the choice of Ayu as consensus candidate of the North Central does not stop the Northeast and Northwest from presenting their candidates.
AMID the gale of defections rocking the opposition Peoples Democratic Party (PDP), Governor Godwin Obaseki of Edo State, yesterday, dismissed insinuations of plans by him to return to the APC, saying he cannot contemplate such a move given his integrity.

Recall that the governor joined PDP after he was denied the gubernatorial ticket of APC before the 2020 governorship election in the state.

Speaking to newsmen after he met with President Muhammadu Buhari at the presidential villa, Abuja, Obaseki said he could not now jettison the umbrella that gave him cover while he was practically forced out of his former party.

This was some moments after the Anambra State deputy governor, Dr. Nkem Okeke, confirmed his defection from the All Progressives Grand Alliance (APGA) to the APC and was led to the villa by Governor Buni and Governor Hope Uzodimma of Imo State to meet with President Buhari.

Obaseki said: “I think I’ve shown that I’m a politician with integrity and I have made it very clear that I didn’t leave the other party on my own, I was pushed out of the party, and someone else gave me cover, gave me an opportunity. It will not be the right thing to do to now leave those who helped you, who gave you the umbrella in your storm, and go back to the person who pushed you out.”

THE PDP has, however, called on APC to accept its “mass failures in party management and governance and stop bothering Nigerians with their regular lamentations.” The PDP was reacting to a statement by the APC in which it claimed to have improved the electoral process in the country.

A statement by the National Publicity Secretary of the party, Kola Ologbondiyan, faulted the claim, saying “what abounds in our nation is a painful story of how the APC has destroyed our economy, our electoral process and our national unity, to the extent that life has become despondent to the average Nigerian.

“We accept the fact that the APC lacks the capacity for feedback mechanism, however, the PDP wishes to bring to the attention of the APC that all Nigerians today would wish this administration had come to its end. Notwithstanding, our party counsels that the APC should begin to prepare their handover notes because Nigerians are not ready to endure this anguish beyond May 29, 2023.”